Ben Simmons Hits Back At Commentator 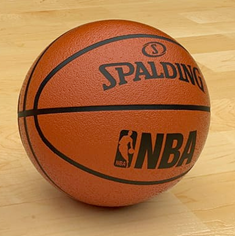 Philadelphia 76ers All-Star Ben Simmons is no pushover. After being declared one of the most overrated NBA players in the NBA by Washington announcer Justin Kutcher, Simmons wasted no time hitting back in the most entertaining yet revengeful ways yet by posting an embarrassingly amusing photo of Kutcher on his Instagram profile.

Kutcher during the third quarter of NBC Sports Washington’s broadcast of the Wizards-76ers stepped right into it by declaring that misguided fans were so busy pouring the love on Simmons that they were hardly even noticing what Tobias Harris was actually achieving on the basketball floor. Simmons, added Kutcher for final good measure, was nothing more than “most overrated”.

Simmons, who is in actual fact named in top NBA circles as a potential current frontrunner for being named Defensive Player of the Year, rummaged around in archives dating all the way back to an Instagram image posted by Kutcher on January 15, 2018, in search of a suitable response. And a suitable response he indeed did find.

The photo re-posted by Simmons shows Kutcher appearing in a bathrobe while holding a drink in a pre-workout bottle – with sunglasses on. Simmons cleverly got his own back by captioning the image, “another casual”.

Kutcher, however, even after he got berated by the likes for former NBA star Kendrick Perkins, still felt the need to retaliate by doubling down on his own personal opinion of Simmons. He repeated that even though he still thought Ben Simmons was as overrated an NBA player as they came, he didn’t mean to say that he (Kutcher) considered him a “bad” player.

Kutcher seemed to think that by hitting home repeatedly his opinion of Simmons would somehow cause the dust to settle. He however positively made things worse by saying although “not bad”, Simmons wasn’t nearly as good as everyone was making him out to be, and that to his (Kutcher’s) mind, the only reason Simmons had even made All Star status in the first place, was because of a whole lot of misguided hype.

Philadelphia, in the meantime, on Sunday led by as many as 42 points to relatively easy 134-99 against the San Antonio Spurs at home. Leading the points accumulation had been Tobias Harris with 23 points, 9 rebounds, and seven assists.