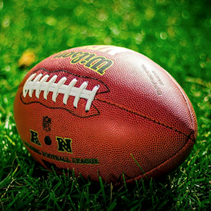 Edmonton’s CFL team finally has a new name. After the team dropped “Eskimos” from its name last year amid mounting pressure from sponsors and fans alike for discarding racist monikers, it announced its new name during a press conference on Tuesday: the Edmonton Elks.

The name had been an entire year in the deciding, with consultations held with everyone from support partners to fans to experts in linguistics. According to comments by team president and CEO Chris Presson on Tuesday, the announcing of the new name was a proud moment for the club. He said that although the road to a new name had been long, he felt confident the team had taken sufficient time in order to get their new name just right.

Fans Are Happy With Elk

Presson said the team is very much looking forward to the coming season, and in order to enjoy the season to the full, it needed a new name. He said it was a proud moment to finally reveal to fans the team’s new name – especially since the road to a new name had been long and, at times, difficult.

The club said on Tuesday that “Elk” is a name that has emerged a particular favourite among fans of the sport.

For the Edmonton club, going by a new name will be a welcome reprieve from a period during which it had been plagued for years on end by the controversy associated with its old moniker. That controversy finally reached boiling point last year when sponsors threatened to withdraw all support if the team did not heed the many requests for a new name.

The team’s announcement on Tuesday highlighted in a significant way the need for a shift and for drastic change when it began with a moment of silence for the remains of the 215 Indigenous children that had been discovered on the grounds of a school in Kamloops, British Columbia.

Presson said during the announcement that change is about so much more than just a change of moniker, and that the rebranding of the team to the Edmonton Elks forms part of a bigger and more elaborate shift inside the ranks and operation of the franchise.

He said he considered it crucial for his staff to gain a better and more in-depth understanding of Indigenous cultures in Canada, and that for this reason, the plan is to organise cultural training for team members and other employees of the franchise.

The team president closed off Tuesday’s meet by saying he felt honoured and humbled to have been part of the re-naming process.