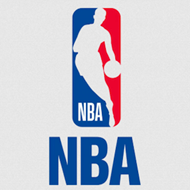 Pelicans star Zion Williamson is the stuff that NBA history is made of. Zion on Tuesday became the first player in the shot-clock era to average 23 ppg or more than 60 per cent shooting during their first 50 career games. The New Orleans Pelicans earlier this week ran a 114-113 rampage over the Memphis Grizzlies, and with none other than Williamson leading the points for his team.

New Orleans coach Stan Van Gundy doesn’t at all seem surprised by Williamson’s magnificent record-performance. He’s tough, said Van Gundy after Tuesday’s game, which is why the plan is to begin using him increasingly more often as the number one ballhandler. And the fact that he’s both a scorer as well as a very willing passer, said Van Gundy, is yet another massive confidence boost in the appropriateness of such a decision.

Williamson’s performance on Tuesday night resonated fully Van Gundy’s position, with 31 points dropped, seven rebounds, and six assists all perfectly executed. His Tuesday night performance at the FedEx Forum marked the very first time the No. 1 and 2 picks from the same draft produced a total of 25 points, 5 rebounds, and 5 assists against one another in all of 48 years. According to a leading sports news broadcaster, the last time this happened was in 1972 when Neal Walk and Kareem Abdul-Jabbar achieved this heavenly feat.

Tuesday night also saw the 20-year-old emerging young NBA superstar extend his own personal league-best rating of 5 games with 30 points or more before the age of 21 – and with a rating of 75 per cent or better from the field.

But Van Gundy’s desire to utilise his star player in more ways than what he’s being doing up until now should come as no surprise. This is after all the same young star who on Tuesday produced his third game of the season while shooting better than 80 per cent.

And the fact that Williamson has taken on every new role handed to him as seamlessly as what he has, hasn’t hurt his reputation as an upcoming young NBA star, either. And this while displaying an uncanny talent for creating fresh off the dribble, too.

After defeating the Grizzlies for the fifth time in a row, the Pelicans now rank at a seasons-high 144 points, 70 paint points, and 32 fast-break points.