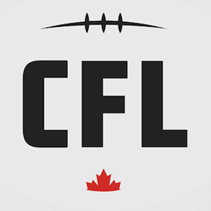 Changes are coming to the Canadian Football League’s new season, as now officially announced by the league. Not only will the new season be pushed back all the way to August, but it has also been cut down to size quite considerably from 18 games to only 14.

This obviously means that the Grey Cup will necessarily be pushed back also, and will now be played on December 12 in Hamilton, Ontario. Whichever way the cookie crumbles, CFL football will be played in 2021, commission Randy Ambrose has stressed.

All Subject To Change

Commenting on the revised schedule earlier this week, Ambrose said the target date for the start of the delayed season has been set for August 5. The CFL commissioner stressed the fact that the words “target date” meant that the league’s plans would obviously remain subject to any unexpected changes because of possible future lockdown orders and the like.

Originally scheduled to start on June 10, the schedule has been postponed as a result of the advent of the “third wave” across some Canadian provinces, Ambrose explained this week. Training camps too, have been affected by ever-tightening restrictions across some parts of the country. All the uncertainty is what’s now led the league to come up with a plan of action for 2021. Returning to the field clearly remains a priority for the local football league – even despite the many challenges known as well as unknown.

Ambrose also elaborated on a couple of things he said will have to be in place if the league is indeed to keep to its August 5 target date.

First and foremost are health and safety protocols across the country, he explained. Keeping fans, players, coaches, and communities safe remains the ultimate priority, said Ambrose.

Secondly at play is the number of fans government will permit to attend the country’s sports stands and arenas. The league’s financial stability will largely depend on how government decides to approach the issue of large gatherings at a great many number of sports arenas countrywide, said Ambrose.

The league has had to get very creative with the scheduling of the new season. Creativity as well as prudence and care has been, and will be, at the order of the day, said the CFL commissioner. But playing without fans wasn’t an option last year, and it remains off the table this year.