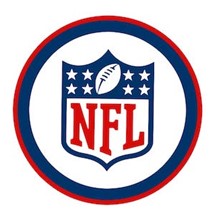 NFL team owners on Tuesday reached a decision that will see the regular season be increased for the first time in 43 years.

What’s more, the Super Bowl will be moved back by a week to February 13. This obviously positions the flagship event smack-bang in the middle of Beijing’s Winter Olympics.

As for how teams will be positioned across the 17 games, the NFL has confirmed that each game will be regarded an inter-conference contest based on the finishing positions of teams during the previous season. The league said that beyond next season, the plan is to introduce additional games at international locations.

NFL commissioner Roger Goodell has described Tuesday’s unanimous decision as a grand and “monumental” moment in the history of the league. Goodell said forming the foundation for the enhancement of the very quality of the NFL fan-experience will be the agreement reached with players in conjunction with those recently secured with the media in terms of broadcasting rights.

Some of what has been revealed in terms of team schedules include the AFC East this year hosting the NFC East in Week 17. This means Washington will be at Buffalo, Dallas at New England, Philadelphia at the New York Jets, and the New York Giants at Miami.

AS for NFC West teams, they will visit AFC North clubs. Seattle will be at Pittsburgh, Arizona at Cleveland, the Los Angeles Rams at Baltimore, and San Francisco will be at Cincinnati.

Although the full season will only be announced in May, what has been revealed is that the Buccaneers will get the new season off to a start on Thursday, September 9. The regular season will last until January 9. The grand finale, the Super Bowl, will be played at SoFi Stadium in Los Angeles.

Broadcasting giant NBC has secured the broadcasting rights to both the Super Bowl as well as the Beijing Winter Olympics. The media giant has described the opportunity to present both as a win for NBC, for its partners, and most significant of all, for the fans.