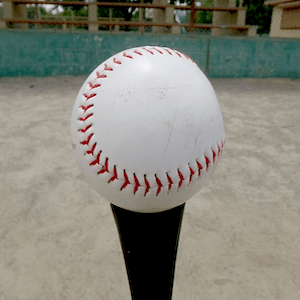 Such has been the nature of 2020 all throughout so far – a year during which plenty of history has been made on as well as away from the sports field. And following a recent unusual set of accomplishments, baseball’s Chicago Cubs and White Sox have just added their names to the list of the precarious, the unprecedented, and the outright unusual.

When earlier this season White Sox pitcher Lucas Giolito let rip a no-hitter opposite the Pittsburgh Pirates, his performance was hailed as something of an enigma – and everything the typical makings of a most dominant pitching performance in the history of the franchise.

But then, when on Sunday Chicago Cubs pitcher Alec Mills pulled the same magic set of ears from the hat against the Milwaukee Brewers, the jig was officially up. Never before have the Cubs and the White Sox pitched no-hitters in a single season. Never say never.

Looking At The Cubs

What’s even more notable – remarkable even – is that it ended up requiring a 60-game, seriously abbreviated season for both teams to achieve a no-hitters feat during the same season. This after 119 years of a no-show – and most definitely not for a lack of trying.

Also worth mentioning is that the most recent is the fourth straight Clubs no-hitter to have been thrown on the road. The last time the Cubs managed to throw a no-hitter at Wrigley Field was on September 2, 1972.

How To Make An Anomaly

As for those teams on the receiving end of things, the Cubs no-hitter marks only the fourth time ever the Brewers have been hit by such a rival accomplishment. Also, it’s the first no-hit suffered since June 2007. That was the year former Tiger Justin Verlander let rip the very first of his three career no-nos.

Mills’ no-no happened during only his 15th Major League start, making his particular no-hit even more of an anomaly. As such, Mills’ no-hit marks the third-fewest start to any pitcher’s maiden no-hitter in the history of the Chicago Cubs.

As for how Alec Mills managed to pull off his no-hitter, piling up strikeouts had nothing at all to do with his special accomplishment. Mills missed no bats at all and recorded only a handful of swinging strikes on a total of 114 pitches.

We may just have to put all of it down to a year absolutely nobody saw coming.