No Baseball Hall Of Fame Additions In ‘21 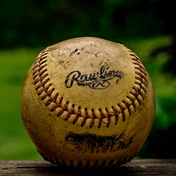 The Baseball Hall of Fame will for the first time since 2013 not have any new additions added to its class for the year.

Voters and members of the Baseball Writers’ Association of America have reportedly decided that no players, on as well as off the field, this year had what it takes in terms of Cooperstown merits. Those who came closest were Barry Bonds, Curt Schilling, and Roger Clemens, with the trio pegged to be given one more chance at inclusion next year.

Schilling, a three-time World Series title winner, has however responded to the news by proclaiming via a live Twitter video stream that the game didn’t owe him anything, and least of all Hall of Fame-inclusion. A Facebook post later on the same day announced that the controversial right-handed ace has requested the Hall of Fame to remove his credentials from the voters’ poll.

Although Schilling’s performance on the field had been as good as any in terms of Hall of Famer quality and status, his has been a controversial voice and presence in the MLB. Schilling has worked his own controversy and shunning in retirement by making no secret of his hate and extreme intolerance toward transgender people, Muslims, and members of the media in general. He this year made it all the way to 71.1 percent – which is only 16 votes short of the 75 percent inclusion parameter.

Clemens (61.6%) and Bonds (61.8%) both fell short of Hall of Fame-inclusion the 9th time round – just like Schilling. Both men face suspicions of the use of performance enhancing drugs throughout their time on the field, with Bonds also previously accused of domestic violence. Clemens previously faced ostracization because of a decade-long romantic romp with a singer who was only 15 when the pair first met.

Another MLB stalwart and Hall of Famer-shortfall-er for 2021 is Omar Vizquel, who is an 11-time Gold Glove title holder. Vizquel, who this year dropped all the way down to 49.1 percent from last year’s 52.6% after his wife accused him of domestic abuse on several occasions in December, hasn’t let on whether he’ll be making himself available on the ballot next year.

This year will be the 19th time the famous writers’ association has refused to elect a new member to the sport’s most coveted honour – but only the 3rd time since 1971.