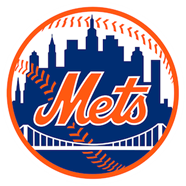 It was announced on Monday the 3rd of May 2021 that the New York Mets will no longer be working with Hitting Coach Chili Davis and Assistant Hitting Coach Tom Slater and the pair have been relieved of their duties with immediate effect.

Zack Scott, Acting General Manager for the Major League Baseball Team, has said that this decision has nothing to do with the past 23 games’ results, however.

Quattlebaum and Howard Stepping Up

Hugh Quattlebaumum is the new Hitting Coach for the team and Kevin Howard will now be filling the role of Assistant Hitting Coach. They will be working with the Mets for the next six months until the season comes to an end, but nothing has been decided beyond that.

Scott has indicated that after a hopefully lengthy postseason run, the squad will relook at their requirements.

Quattlebaum and Howard were present over the Spring Training period and have created relationships with players in terms of hitting on-field and off. Scott is confident that these two new talents will have a positive impact on the team and that their success will be sustainable going forward.

Quattlebaum is 42-years old and is now officially the Minor League Director of Hitting Development after three seasons in Seattle with the Mariners. Howard, 39, has experience playing professional Baseball for 12 seasons as part of the Cincinnati Reds, the New York Yankees, the Philadelphia Phillies, the Los Angeles Dodgers, and the San Diego Padres, to name a few.

Scott spoke of how difficult this decision was to make but that they were guided by their idea of what the Major League Hitting Programme should look like. He didn’t go into detail but explained that his time has been spent getting an overview of where the Mets are right now. He’s reviewed what needs to be looked at before games to help struggling players and feels that the squad needs support on every level and the foundation with which to succeed.

Scott stated that this decision is not a result of recent events, but rather about what’s going on behind the scenes. He said that it’s far too early for any decisions to be made about game outcomes, but that these two new appointments are in line with what the Mets’ want in the future when all is said and done.