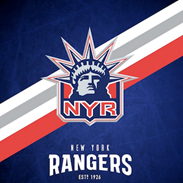 The New York Rangers have not exactly been living their best life. The Rangers in a question of less than 72 lost their cornerstone player to injury, sent their president and GM packing, and managed to see themselves a whopping $250k out of pocket for public “demeaning” comments directed at head of player safety, George Parros.

The NHL on Thursday slapped the team with the record fine, a fine believed to be the biggest publicly announced financial penalty of its kind in the history of the National Hockey League.

According to NHL Commissioner Gary Bettman, who confirmed the massive fine and its origins, it isn’t as much that the Rangers voiced their disagreement with Parros, but rather the way in which it was done. Bettman referred to the comments as unfair and completely unacceptable. – especially given Parros’ long track record of absolute professionalism and dedication to his role and to the franchise.

Panarin Out For Season

The incident that gave rise to the fine happened last Monday, when Washington player Tom Wilson’s involvement in a scrum against the Rangers resulted in season-terminating injury to New York playmaker Artemi Panarin.

Wilson eventually got slapped with a $5,000 fine of his own over his involvement in the incident, which in turn prompted his club to make a statement in which Parros was declared unfit to remain in his role and job. The statement referred to Parros’ reaction as a desertion of duties and the result of careless decision-making.

As if the incident around the Monday-night scrum had not been harrowing enough, the Rangers and the Capitals only two nights later managed to accumulate a crazy 141 penalty points (combined). The fight-infested game saw six fights take place within the first five minutes of the game – easily the most ever witnessed in the shortest space of time in the history of the league.

But the Rangers now have even bigger fish to fry and try and deal with than fines and key injuries. This after franchise owner James Dolan mid last week seemingly out of the blue fired GM Jeff Gorton as well as team president John Davidson before turning over both their jobs to ex-assistant Chris Drury.

It isn’t yet clear precisely how much the controversial statement and fine had to do with Dolan’s dramatic decision. Dolan only explained his decision by saying by saying that if fans are to continue enjoying the game, then a change of leadership was unavoidable.