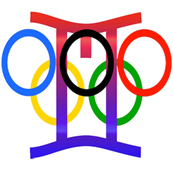 Japanese officials are now saying a Tokyo cancellation remains a possibility on the Olympic cards for later this year.

Two members of Japan’s ruling party on Thursday said changes could still be heading the event’s way, with one suggesting that the entire thing could still be either called off completely or staged without fans present.

The possibility of the cancellation was mentioned by No. 2 and secretary general of the country’s ruling Liberal Democratic Party, Toshihiro Nikai, only a day after the 100-days-to-go mark.

Nikai during Thursday appearance on a show broadcast by Japan’s TBS TV said that if it did emerge that going on with the games would be impossible, then cancellation would be the only option to be followed. Nikai said that hosting the Olympics amid a new surge of infections would serve no positive purpose at all.

Perhaps most concerning of all is that when asked whether a cancellation would at this late stage still be an option or possibility, Nikai replied with a resolute “of course”.

He did however then go on to say that it was vital for the country to host a successful Olympic Games this year, and that he personally desired to make a success of the 2021 Tokyo Games.

Japanese Prime Minister Toshihide Suga has in the meantime released a statement confirming that there was absolutely no change to the plans from government’s point of view. He said the ruling party would do everything in its power to make a safe and secure Games happen.

Although certainly worrying a possibility, even more worrying is the fact that the number of positive cases reported across the country have been steadily rising – with Osaka alone having recorded a disappointing 1,208 cases on Thursday. This had been the third straight day that new infections have surpassed the 1,000-mark.

Tokyo too, has been witnessing a similar trend. The city this week hit its highest total of new cases in over two months – this after both the Olympic city as well as Osaka were placed on high-alert status earlier in April.

All of what has recently happened has now prompted Tokyo’s metropolitan taskforce to urge residents of the city to take extra care – and outsiders not to visit the city if not actually living there permanently.

The situation surrounding the Olympic Games remains precarious and unpredictable.