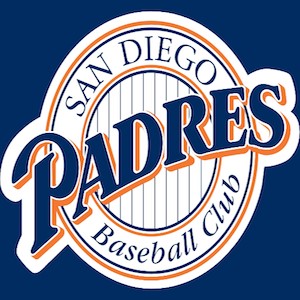 They may not have started out as this year’s MLB World Series favourites, but things sure have changed for the San Diego Padres. Notwithstanding their being in the same division as National League favourites the Los Angeles Dodgers, oddsmakers spotted them miles ahead in the Major League Baseball trade deadline, as they were exceptionally active. And needless to say, everything seems to be coming together quite nicely for the Padres because of it.

So nicely, in fact, that following the addition of multiple pieces in recent trades, their odds have shifted all the way over into the +1500 zone. And as for how things stand on the lines right now, the only two teams remaining on the lower-than-they odds spectrum are the Los Angeles Dodgers (+350), and the Atlanta Braves (+1200).

Their current odds position is literally worlds away from where they were positioned during the allocation of the opening numbers. It’s almost impossible to think that they first started out at +6000.

The fact that the Padres have never in the history of the franchise won the World Series makes of them the perfect value-for-money type of bet as far as balancing it up on the underdogs go – something clearly reflected on most odds-lines. BetMGM, for one, now have the team at 15-to-1 odds of winning the competition – this compared to their pre-trade odds of 25-to-1 by the same bookie.

Wild – But Not That Wild

Even so, all of the above already factored into the equation, winning a one-game wild card playoff isn’t a done deal – in fact, it’s everything but likely to be that. But then again, this certainly is no “normal” year.

Also, this year’s WS format is no normal World Series format. Each of the 8 teams will play a total of three games during the first round series. What this means, given the Padres’ seed-position, is that they may have to take on the Dodgers in a gruelling 5-game series during the second round. Still – they have several “reinforcements” in place for exactly such an eventuality.

The Padres have an arsenal of not-so-secret weapons to rely on as they gun for a wild win – weapons the likes of Trevor Rosenthal, Austin Adams, Austin Nicola, and Jason Castro. And then of course, there’s odds-changer Mike Clevinger.

The only thing left remaining now is for the Padres to drive the deadline aggression good and properly all the way home.