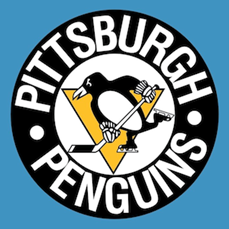 Rutherford started out his career in the NHL as a goaltender, in which position he played for a total of 13 seasons – including 2 seasons with the Penguins. Before joining Pittsburgh management, he managed the Carolina Hurricanes/Hartford Whalers for all of an incredible 20 years – winning the Stanley Cup in 2006.

During his time with the Penguins, he not only every year led the team to the playoffs, but also helped them to back-to-back Stanley Cup wins in 2016 and 2017.

Rutherford, who was named to the Hockey Hall of Fame in 2019, appeared emotional about his departure, saying that being able to hang two more Stanley Cup banners at the Penguins’ PPG Pains Arena has been a great and incredible honour for him personally. He said he had many people to thank for his successful years serving the Pittsburgh Penguins, and made specific mention of owners Mario Lemieux and Ron Burkle, as well as Team President David Morehouse.

He’s enjoyed ongoing and massive support from so many people over the years, said Rutherford, from players, fans, and staff. Penguins fans, especially, have been exceptionally good to him and his family, said the departing GM.

But the legacy left behind by Rutherford is about so much more than two Stanley Cup title wins, said Penguins President and CEO David Morehouse. The club president thanked Rutherford on behalf of everyone from ownership to players, calling him a great friend and colleague.

Newly appointed interim GM, 46-year-old Patrik Allvin, is this year in his 15th season with Penguins operations. Allvin, who is a native of Sweden, was appointed in the role of assistant general manager in November last year. He first joined the team as a scout back in 2006-07, and eventually went on to serve the Penguins as director of amateur scouting from 2017 until 2020.

Allvin thanked Rutherford for the faith placed in him during their time serving the Penguins together and added that it had been this faith that had led him to such an exciting new journey with the team.