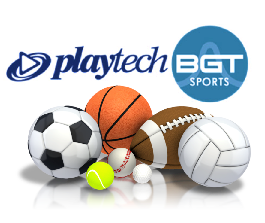 A number of independent bookmakers will have enhanced offerings in store for punters. This comes after signing agreements with a leading supplier of online and mobile sports betting solutions.

The agreements also came at a time when other bookmakers have given evidence of their satisfaction with the online betting solutions provider’s offerings. Toals, Toolan’s S&D, GR8Odds, Bet Sid, and Corbett’s all extended and expanded upon pre-existing agreements with Playtech.

The move is expected to see a doubling of the terminal density of their shops.

Pettit said that punters expect a variety of betting options, and that Playtech’s platform will allow those independent bookmakers to offer exactly that. He also said that the platform has outshone others in terms of revenue brought in via live betting.

The period has been a busy one for Playtech. In addition to the new deals with the independent bookmaker, the online sports betting provider has deepened its relationship with Coral’s retail division.

The expanded agreement will see the provider power almost 500 betting terminals designed for tablets. The move is hoped to enhance punter’s live betting experience, as the tablet-based terminals can be placed in front of televisions showing sports matches.

In a statement released by Ladbrokes Coral’s Richard Lang, the bookmaker said that the enhanced agreement would further enable it to offer punters an improved experience. The agreement was also in keeping with the bookmaker’s commitment to using the best technology available.

Speaking about the Coral agreement, Pettit said that Playtech’s offerings were playing a key role in transforming the sports betting industry. He added that more and more bookmakers had realised that, in order to succeed in the modern industry, they would need to digitise their retail spaces.

Mobile betting is overtaking online betting as smartphones and tablets continue to penetrate the market. Unfortunately, those bookmakers that stubbornly cling to the earlier forms of retail are almost certain to close their doors for good within a few years.[[[/Main Text area]]]