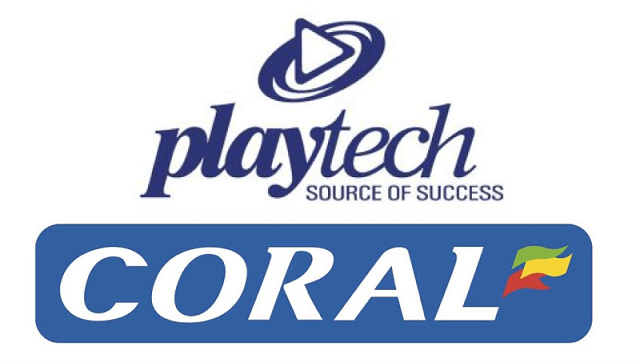 More than 450 of Coral’s betting terminals around the UK are to be powered by leading online gambling solutions provider Playtech and its subsidiary, BGT Sports. The terminals have a focus on live betting.

Commercial director of retail for Ladbrokes Coral, Richard Lang, said that the company’s approach was to use the best available PBS and technology, as it offered punters a constantly improving experience. Lang believed that Playtech was the perfect partner for the betting giant’s strategy.

MD of Playtech BGT Sports in the UK, John Pettit, said that his company’s terminals and the software that powers them are playing an important role in changing the offerings bookmakers present to punters, as well as in further digitising the industry.

Founded in 1999 by Teddy Sagi, Playtech only began powering online casinos in 2001. 3 years later, it launched its iPoker network, which attracted more than 30 000 new players within its first few years of operation.

In 2006, the company showed it was serious about business, and was listed on the London Stock Exchange. Playtech was also licensed by the Alderney Gaming Control Commission, and it became a member of the Remote Gambling Association.

2008 saw the company receive a license from Paramount studios to produce an online slot based on the Russell Crowe film Gladiator. It released its first licensed Marvel slot a year later.

The 2010 AIM Awards honoured Playtech by naming it company of the year.

Sagi’s hard work more than paid off, and the operator now employs a staff of almost 1000 people in different countries around the world.

More than 200 online casinos are powered by the provider’s software, which is known for high-quality 3D graphics and cinema-style special effects. In addition to powering online casinos and Poker, Playtech also powers online Bingo rooms.

The operator joined the online sports betting industry only after it made a name for itself with casinos. However, the response to its betting offerings, as demonstrated by the Coral deal, has been overwhelmingly positive.

The provider has plans to continue improving its sports betting and other offerings, and hopes to become a leading name among betting industry software providers.

As its reputation for online sports betting solutions grows, the provider is perhaps still best-known for games such as the Fantastic Four, Ghost Rider, Iron Man, the Mummy, and Thor the Mighty Avenger.