Emma Raducanu On The Road To Recovery 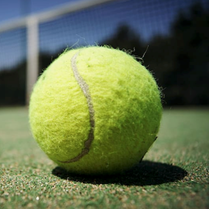 Emma Raducanu, the 18-year-old British tennis player who was forced to retire from a fourth-round Wimbledon game on Monday, has said that she is feeling much better. The player felt that the entire experience leading up to Monday’s match was a bit overwhelming and everything finally caught up with her. She reported feeling dizzy and having difficulty breathing during her match against Australia’s Ajla Tomljanovic.

Despite feeling under the weather, Raducanu remained focused on the tournament. She said that not being able to continue on with her match was the hardest thing in the world for her. However, she remains appreciative of everything that has been achieved by her and her team this week.

Raducanu Will Be Just Fine

Anne Keothavong, who served as the player’s captain in the Billie Jean King Cup, said that Raducanu will come back stronger and more prepared than ever once she is ready to do so. The captain explained that the situation was a difficult situation for the teenager to be in, as well as for everyone else who witnessed it.

Keothavang added that the amount of buzz and hype leading up to the match made it a difficult one to play in. However, she is confident that this will become a lesson for Raducanu to learn from. This, she said, has been an exceptional Wimbledon debut for her and next year promises to be even better.

Tomljanovic and Raducanu were not able to start playing their match until 8pm as it was scheduled last on Court One. This came after a five-set thriller of a game between Alexander Zverev and Felix Auger-Aliassime.

When Raducanu became unwell, she was trailing Tomljanovic 4-6 0-3 before it was ultimately announced that she would not be returning to the game. This, she said, followed some intense rallies during the first set of the match. She added that she was finding it very difficult to regulate her breathing at this point. However, she has said that this has turned out to be a great learning experience for her, and one that she hopes will help strengthen and better prepare her for next year’s event.

Although Raducanu is disappointed that she was unable to finish the match in her debut Wimbledon tournament, she is feeling a lot stronger now. It has been a lot for her to take in, but we must all remember that she is still very young and under an incredible amount of pressure.

Want to bet on tennis? Place your best ONLINE.