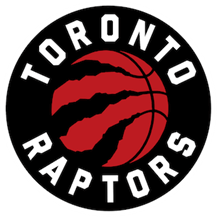 Also named in the lawsuit had been the Toronto Raptors, the NBA, and the MLSE. Strickland is the deputy sheriff of Alameda County and has been blamed for putting Ujiri and his family through a great deal of anxiety and uncertainty for the past 18 months. The Alameda sheriff was seeking damages to the tune of $75,000 for injuries he claimed he suffered to his teeth, jaw, chin, and head.

An MLSE spokesperson this week commented on the ordeal in a statement confirming the Toronto president’s innocence. The spokesperson said that although it had been disappointing to see the team’s head suffer humiliation by a law enforcement officer, the organisation always knew he would be eventually be completely vindicated.

The spokesperson added that the MLSE continues to be troubled by the fact that Ujiri and his family had been made to suffer the unsavoury and stressful ordeal, but that the organisation was at the same time thankful that the harrowing and protracted legal process has now been put to rest.

Ujiri’s countersuit claimed that Strickland had used excessive force at the time of the incident, and that this would not have been the case had the Toronto president not been a Black man.

Strickland Reacted For No Reason

The incident, which took place on June 13, 2019, happened after a Raptors win during Game 6 of that year’s NBA Finals against the Golden State Warriors. The game was played at Oakland’s Oracle Arena.

Ujiri had at the time of the altercation been reaching into his pocket in order to retrieve proof of identification after Strickland had accused him of having had no authority to be courtside. Once he did this, Strickland reacted by shoving him back in a forceful manner, which is something Ujiri’s legal team argued had been wholly unnecessary and uncalled for.

Ujiri remained calm all throughout the altercation, as is evident from the video footage captured of in the incident. His legal team argued that he had been shoved twice by Strickland, and both times without any provocation.