Rodriguez Finally Back On The Mound 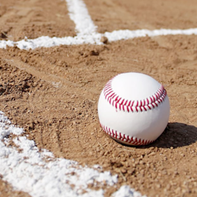 After a harrowing total of 359 days since he’s last climbed the mound, MLB pitcher Eduardo Rodriguez is ecstatic about being back in his gameday routine.

He would after his first day back relate to close friend and batterymate Christian Vasquez just some of the sensations that had coursed through his body as he got closer to delivering his first pitch. And even though Rodriguez on Friday pitched 2 2/3 innings against the Rays while giving up two hits and a run, the line score meant nothing at all to him.

The only thing that mattered in that moment was that he was actually pitching again.

The Red Sox pitcher has had to deal with more than just his typical share of pandemic-style troubles over the course of the past year. Not only was he bedridden resulting from his having tested positive in June, but upon his arrival at Summer Camp, he realised that something very different and perhaps even more serious was suddenly amiss.

Rodrigues got so fatigued throwing a simple bullpen session, that he sought medical advice shortly after. The diagnosis meant nothing good, and his myocarditis meant that his season had literally ended even before it begun.

For a pitcher like Rodriguez, who was at the time of the diagnosis living his prime on and away from the field, having just emerged from a breakout 2019 season, the news was devastating and life-altering.

But Rodriguez, unlike what many others would have done, decided to meet the challenge head-on. In fact, he did everything the Red Sox had told him to do – including embracing a period of rest and doing everything the doctor said.

At first, he could not even engage in the simplest of physical activities. A mere walk would have elevated his heart rate and put him in harm’s way. He recalls how he had wanted nothing more than for the affliction to leave his body, which is why he decided to listen to what his doctor and team were telling him to do.

The last time the star pitcher competed a game before Friday’s run at JetBlue Park was incidentally also against the Rays. He was on March 11, 2020, a mere two weeks away from starting on Opening Day, which would have been a career first for him.

But even despite Friday’s results, his long hiatus away from his beloved game and team, and every other challenge and demon he’s had to face over the past year, Eduardo Rodriguez is just happy and grateful to be back where he belongs.