Shaq Hits Back At LeBron Over Schedule Complaints 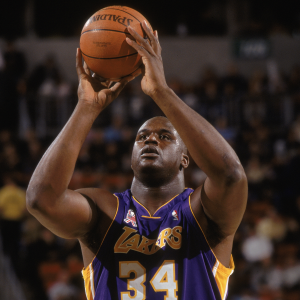 With the NBA season in full swing, this year’s schedule has sparked plenty of controversy amongst players and supporters. A number of the association’s top players have openly criticized the schedule they are obliged to adhere to due to a rise in the number of injuries sustained amongst players.

Perhaps the biggest active name in basketball at the moment, Los Angeles Laker’s player LeBron James, has been very vocal about the schedule. As one of the sport’s most influential players, fellow players and supporters always take what he has to say very seriously. James has said numerous times that he is concerned about the welfare of NBA players. He has attributed all of the multiple injuries that they have sustained throughout the season to lack of rest. However, he has also said that he does understand the business aspect of the NBA season and the reasons behind why things have been set out this way.

While LeBron James may be concerned about the lack of rest that players are currently experiencing, basketball legend and former Lakers star, Shaquille O’Neal (affectionately known as Shaq), has said that NBA players are in no position to complain. While he added that he is not knocking what James or anyone else has said on the matter, he doesn’t complain or make any excuses because real people are working hard every single day. NBA players, he said, simply need to train for two hours a day and then play a game for two hours at night – and they get paid a lot to do so.

In the next NBA season, teams will be able to enjoy a full pre-season of rest. Hopefully, another series of injuries will be avoided. The most difficult consequence of this accumulation of games has been the injuries sustained.

One of the key points that Shaq made was comparing the experiences faced by NBA players during the global health crisis compared to that of regular people. He said that while these athletes have received huge sums of money, millions of ordinary people around the world have lost their jobs or have been made redundant. This, he says, shows just how lucky players have been.

Shaq said that unfortunately, 40 million people have been laid off since the start of the crisis. Considering NBA players frequently sign multi-million-dollar deals, he said he’d play back-to-back games if he was required to.

Your chance to Win Big at Spin Sports! Sign up ONLINE.