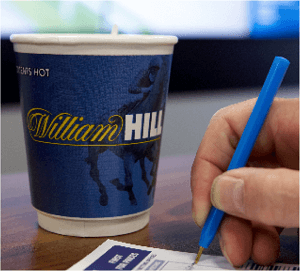 Bookmaker William Hill’s fourth-biggest institutional backer arrived in the form of the purchase of a 5 percent stake by Silchester International Investors. The London-based investment firm’s purchase of the stake comes as the bookmaker continues to try get its profitability back on track.

Whereas the bookmaker’s shares once commanded £465, they are now at a paltry £239.9. One of the reasons given for its continued poor performance was its unpreparedness to meet online sports betting and gaming demands.

The bookmaker’s online performance, as well as results that saw it pay out a significant amount of money to punters, saw it drop its forecasted profits from £300 million to between £260 and £280 million. The board took swift action, and saw to it that now-former CEO James Henderson no longer held the reins.

Aware of the difficulties facing the bookmaker founded in 1934, 888 Holdings and the Rank Group approached William Hill with the suggestion of a deal.

While the bookmaker had none of it, it did begin talks about a possible merger with the Stars Group, formerly known as Amaya Inc. However, due to bookmaker shareholder disapproval, the Stars Group brought talks to an abrupt end.

The quest to replace Henderson ended earlier this year, when Philip Bowcock, the bookmaker’s interim chief, was appointed on a permanent basis.

Bowcock Has Hopes for Bookmaker’s Future

Despite a gloomy recent financial report and challenging gaming regulations, Bowcock is hopeful for the bookmaker’s future. William Hill’s H1 profits may have dropped one percent year-on-year to £129.5 million, but according to the new CEO, the bookmaker has made progress.

Bowcock said that the bookmaker’s real and online operations in the UK had seen noticeable improvement, that its tech-driven divisions had performed better, and that its international revenue had increased. He added that the bookmaker was now able to continue without the need for talk of acquisitions or mergers.

Silchester Has an Eye for Business Struggles

This was not the first time Silchester International Investors has purchased a stake in a business that has seen better days. Before the stake in William Hill, the investment firm founded by Stephen Butt in 1994 bought into supermarket chain Morrisons.

The firm is also in the process of buying into ailing publisher Pearson. All these moves are part of the firm’s long-term stock investment focus, in the hopes that those shares will see a rise in future.