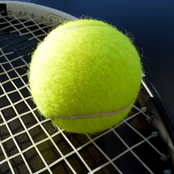 Not only did the global health crisis wreak havoc on the sporting world in general for the biggest part of last year, but a new rankings system announced by the WTA and ATP in response to the crisis is now threating to run even more amok.

Players were left fuming after Thursday’s announcement by the ATP that it had extended the freezing of rankings, and that the freeze would remain in effect until the Toronto Masters, on August 9, 2021. The freezing of player rankings first came into effect during March of last year, when it was announced that the new best-of system would allow players to hold on to their points from tournaments going as far back as March 2019 in the event of their inability or unwillingness to compete due to the pandemic.

The Good And The Bad

The system, which has now been labelled a “slow unfreezing”, could according to sports writers hold major implications for those players looking to boost their points rankings ahead of this year’s Tokyo Olympic Games.

Players and fans alike have labelled the decision as unfair and bordering on the ridiculous for benefiting players who have not competed in any professional event since the 2020 Australian Open – including World No. 5 Roger Federer.

Another player to have benefited greatly from the big freeze, is World No. 1 Ash Barty. Even though Barty opted out of both the French and US Opens for fear of travelling during a worldwide pandemic, she was still able to hold on to her top space on the points leader board.

According to ATP officials, the traditional ranking system, which takes into account only those points earned during the previous 52 weeks, will only resume on August 15, 2022 – and barring any unexpected and/or further changes.

While 2021 has not been without its own challenges, and even in the face of those challenges not being anticipated to let up anytime soon, players have started to seem more willing to travel. This willingness is being boosted by host nations putting in a greater effort in terms of working out better ways to accommodate players and training schedules in a safer and more health-conscious manner.