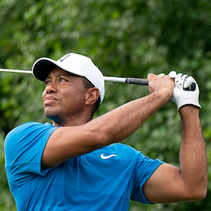 Golfing legend Tiger Woods may be out of hospital, but it may be some time yet before he’s able to resume his professional career as a golfer and pro-athlete. What’s more, doctors are largely divided about when and what a potential return to the green might look like.

According to orthopaedic surgeon Dr. Brian Polsky, who had been one of the first medical experts to weigh in on the Tiger Woods situation following the single-vehicle crash in Feb, the golfing legend could perhaps return to some semblance of being athletic – eventually. And in agreement with Dr. Polsky appears to be rehab specialist and physical medicine expert Dr. Brian Sutterer.

Although not actively involved with Woods’ particular case, Sutterer says instead of focusing on when the golfer may or may not be rehabilitated to the point of a return to PGA golf, the emphasis right now should simply be on returning to an “acceptable” quality of life and daily living.

In Pain But Happy To Be Home

According to a story recently published by People Magazine, the beloved golfer is at home and working hard at his recovery. He’s apparently still recovering and in pain but is happy to be home and in general good spirits.

People also reports that according to an unnamed source, Woods is following a tailor-made rehabilitation plan, and knows full well that he’s exceptionally lucky to even be alive. He’s according to the insider focused on his recovery and has adopted a positive attitude about the entire ordeal.

No Brakes – No Awareness

According to recent information revealed by investigators, Woods appears to have been unaware of any impending incident and collision during the seconds before the accident. This is reportedly clear from the fact that the absence of the braking mechanism of his SUV indicates that the golfer never removed his foot from the accelerator.

Woods crashed his SUV while travelling on a sloped road in Southern California, leaving his vehicle mangled and his right leg and foot seriously injured. He was reportedly unconscious when discovered by a local resident following the crash.

The witness had apparently heard the crash, prompting him to investigate and approach the flipped SUV. According to the man who discovered Woods in his crashed vehicle, Woods had been unconscious and unresponsive.

Upon his own arrival minutes later, first deputy Carlos Gonzales discovered a shocked but conscious Woods who had at least been able to answer a series of simple questions.