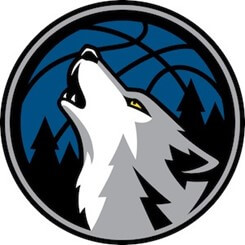 Ryan Saunders has been fired. The Minnesota Timberwolves announced on Sunday evening that they had fired their head coach, and moreover, that they would not immediately be naming an interim replacement.

But according to a sportswriter at The Athletic and Stadium, the franchise already has a possible replacement in its visage, with Toronto Raptors assistant Chris Finch named the likely stepper upper.

The Timberwolves, who currently feature last in the NBA at 7-24, are clearly looking to up their coaching game. Saunders exits his position with the franchise after two full seasons following his having taken over the role of head coach from Tom Thibodeau halfway through the 2018-19 campaign.

Hanging By An Impatient Thread

What Saunders had largely failed to do had been to make an impression during his stunt with Minnesota. The franchise last year struggled to a 19-45 finish, which had been a situation not at all helped in any way by the fact that Karl-Anthony Towns had been limited to no more than 35 games. And adding insult to injury had been D'Angelo Russell's inability to successfully adjust to his new surroundings before the season had been put on hold by the global health crisis.

But Towns and Russell's struggles and semi-absence had clearly not been enough to explain away sufficiently Minnesota's failure to perform. And Saunders soon became the apparent antidote to the Wolves becoming the league's second-worse net rating performers.

Beyond Towns, it's been difficult going all throughout the already challenging season to find any individual successes on Minnesota's roster. And then of course there'd been Russell battling to rediscover the form that catapulted him towards the 2019 All-Star Game.

While Saunders may have performed better had Russell and Towns been able to play together more often throughout the strange and abbreviated season, he largely failed to bring out the best in just about anybody else on the team. And since he worked for 10 seasons as assistant coach, his non-record as a head coach didn't exactly instil new or unprecedented levels of patience in either Wolves management or fans.

Players too, have shown themselves largely impatient with the pack's non-performance. Case in point being early departures by James Harden and Anthony Davis. And now that Saunders has been sent packing, it's become clear that not even a Russell trade had been sufficient enough to help the franchise make a U-turn on its downwards spiral.