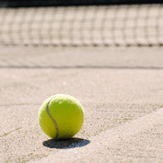 Match integrity watchdog the Tennis Integrity Unit (TIU) has had a busy month so far weeding out corruption in the sport. The unit has this month alone suspended three players and one official for their involvement in match-fixing and other illegal betting activities – including a lifetime ban imposed on one of the three players.

The TIU a little over a week ago slapped Ukrainian player Stanislav Poplavskyy, at one time ranked 440th in the world, with a lifetime ban for his involvement in the fixing of matches and several incidents of courtsiding (the transmission of live data to external parties for live sports betting purposes). Poplavskyy’s misconduct reportedly also included several failures to report propositions made to him for the fixing of matches. According to the report released by the TIU, the player’s involvement in illegal match fixing-related dealings spanned a total of four years – including matches fixed as recently as 2019.

He also received a $10,000 penalty fine on top of the lifetime ban.

A player confirmed banned on the same day as Poplavskyy is unranked British player George Kennedy for his betting on tennis matches using his own bettor account. He reportedly also wagered bets for a third party.

Joining Poplavskyy and Kennedy will be 29-year-old Spanish player Enrique Lopez Perez, who has been banned from playing for a total of eight years for his involvement in three incidents of match fixing during 2017. Perez was previously ranked World No. 154 in men’s singles (ATP Tour), and World No. 137 in doubles.

Initially charged with 5 counts, Perez was only convicted of 3, with the remaining 2 ruled undeterminable.

Handed an 18-month suspension and $5,000 fine was French line umpire David Rocher. The French official had admitted to having made a total of 11 bets on tennis matches between January and October 2019. He however denied having failed to cooperate with TIU investigators.

Rocher’s punishment was ultimately tailored down to a concurrently-running bans of 18 months for the alleged lack of cooperation and 6 months for the gambling offenses committed. A total of four months have been suspended, as has $4,000 of the $5,000 penalty fine.