Top Players to Watch at the 2018 World Cup

The World Cup 2018 is finally here and football fans the world over are eagerly watching and waiting to see who will lift the winners trophy.

Within each team that’s made it through to the tournament in Russia there are those special players that carry the hopes of their nation on their shoulders. Picked out as the “ones to watch”, these footballers carry with them a special significance for their team and their country, and are also the ones to your consideration when putting money down on the outcome of a game, or the entire tournament.

We’ve taken a look at those who will make a splash in 2018, players who we will miss this year, and outliers with the chance to make it big.

The Best of the Best

Headlining this year’s tournament is a handful of players whose performance this year has been nothing short of exceptional.

Lionel Messi is perhaps the biggest name in the tournament and the only real weapon for Argentina. Cristiano Ronaldo is another player whose individual brilliance can set the tournament alight. Neymar will be donning his boots for Brazil, while Spain have Isco in their line-up for this year.

Kevin De Bruyne had an excellent season so far and will be taking his talents into the Belgian side for 2018. France will have Paul Pogba as their secret weapon as they look to secure another World Cup title.

Players We Will Not Be Seeing

Sometimes, even the best footballers don’t get to play in the World Cup.

This year there are a number of players who brilliance, we will sadly not be seeing. Headlining the list is Real Madrid star Gareth Bale. Responsible for taking the Spanish side to their second Champions title, Bale will not be in action this year as Wales was pipped in qualifiers by Ireland. Legendary goalkeeper Gianluigi Buffon is also on the list as Italy was pipped by Sweden in the qualifiers.

Another player whose absence will be felt is Arjen Robben. The Dutch veteran has played in 3 World Cups but will miss out on Russia. Arsenal fans will be disappointed to know that Alexis Sanchez will not be in the World Cup as chilly were ousted by Peru this year.

Pierre-Emerick Aubameyang may have been one of the most influential players for Dortmund but since Gabon did not qualify for Russia, we will not be seeing him in action this year. David Alaba is another player who would have relished the chance to show off his skills, but with Austria not in contention, Alaba will have to sit this one out. 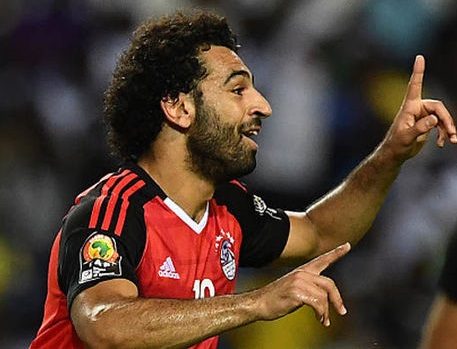 Great Players Who will Be Playing for the Underdogs

Russia will also see a number of great players donning their kit for teams that are completely inexperienced. Such is the case with Gylfi Sigurdsson, who recently transferred from Swansea to Everton. Sigurdsson will be kitting up for Iceland as they prepare to make their first ever appearance at World Cup event. He has the full support of his team and his nation behind him.

Mohamed Salah may be a star in the Premier League, but in the World Cup he holds the hope of Egypt on his shoulders. The African nation has never come close to winning a Cup, but with Salah in the mix, anything is possible.

At 38 years old, Tim Cahill is an absolute veteran of the game and a former Everton star. He will be back in action this year for Australia who are have been looking good in the qualifiers and might just surprise us in the games to come.

Son Heung-min is another big name in the Premier League and home favourite with Tottenham. In Russia, Heung-min will be taking his talents to his home country of South Korea. His role will be pivotal for a fairly inexperienced team who have don’t have much in the way of World Cup experience.

All in all, with the players that are going to make an appearance, the 2018 edition of the worlds greatest football tournament looks set to be a interesting and exhilarating one.