Toronto Through To Stanley Cup Playoffs 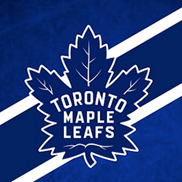 Auston Matthews on Wednesday helped inch the Toronto Maple Leafs one step closer to an ever-elusive Stanley Cup when with a quick and smooth flick of the wrists, he scored his 35th goal of the season. His performance also saw him move considerably closer to his first Rocket Richard Trophy.

Matthews’ NHL-best goal of the season was perfectly complimented by similar snipes by teammates Joe Thornton and Jason Spezza, who both added to the winning 4-1 party over the Montreal Canadiens with their own personal milestones reached in impressive fashion.

The extraordinary performance means the Leafs are the first North Division team to have clinched a spot in this year’s Stanley Cup playoffs.

Matthews Is Playing With Legends

Slow to claim the credit as his own, Matthews said after the game that his teammates are playing along with a couple of “living legends” while referring to Spezza (37) and Thornton (41) and their mighty performances on the night. He said he considered it awe-inspiring to see how very passionate they still were and remained about playing and about the game.

And quite rightly so too, as in recent weeks Thornton and Spezza have proved themselves a valuable act on the ice alongside Auston and rookie Adam Brooks on the fourth line.

Thornton on Wednesday picked up an assist that saw him become only the seventh player in the history of the NHL make it all the way to a record 1,100-mark, while Spezza added his voice to the champion choir by setting up two goals and a tie with Maurice Rocket Richard.

Thornton would later credit his mighty performance to the many hours of playing street hockey with his brothers.

Leafs head coach Sheldon Keefe revelled in his own bit of pleasure on Wednesday, saying there had been a moment during the game when he was simple soaking up the magic of watching Spezza and Thornton fling the puck around the offensive zone.

Keefe said both players had accomplished much during their careers in the NHL, having played as elite snipers for most of their careers. He said that having them on the team not only as players, but also as leaders, is a truly amazing opportunity and experience for the team as a whole.

Keefe, who himself had been forced into early retirement as a player by injury, said he thought he had not even touched the puck 1,000 times in his career on the ice.