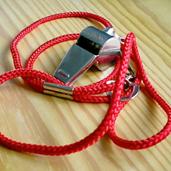 MLB umpire Joe West has much to celebrate this week after he on Tuesday night broke Hall of Famer Bill Klem’s record for the most games umpired during a regular season. West’s claim to glory came when he earlier this week took to the field to call strikes and balls during the game between the Chicago White Sox and the St. Louis Cardinals.

Hall of Famer Klem umpired in the National League for an impressive 37 seven years before his retirement in 1941. He was eventually in 1953 inducted into the Major League Basketball Hall of Fame for his incredible contributions and service to baseball.

West (75), who has now umpired 5,376 games, thereby shadowing Klem’s previous record of 5,375, made his MLB debut in 1976 at the age of 23. His 43-year MLB career ranks as the longest ever served by a Major League Baseball umpire. West spent 23 years calling in the National League before moving to umpire the entire league in 2002.

Notable games umpired by West during his illustrious career include calling during Nolan Ryan’s 5th career no-hitter back in 1981, Felix Hernandez’s perfect performance in 2012, Willie McCovey’s remarkable 500th home run in 1978, and Albert Pujol’s 400th in 2013.

His incredible career spans across those of 6 of a total of 10 MLB commissioners: Rob Manfred, Bart Giamatti, Fay Vincent, Peter Ueberroth, Bud Selig, and Bowie Kuhn.

West is widely recognised as one of the most colourful men ever to don the blue.

Around 130 guests, including Chicago Bears icon Jim McMahon and Commissioner Rob Manfred, travelled to Chicago for the history game on Tuesday night.

Former umpire Terry Tata said on Tuesday that it’s mathematically nearly impossible for West’s incredible record to ever be broken. This is because umpires now call no more than 120 games across any regular MLB season – meaning it would take an impossible 45 seasons for anyone to surpass West’s record.

Taking into account that umpires don’t reach the big baseball leagues until they’re 30, it’s difficult to even fathom a 75-year umpire behind the plate. The likelihood of West’s record ever being surpassed is made even more minute by the prospects of robot umpires and auto strike zones beckoning from a modern-day MLB future.

Joe West seems to have done the impossible, and something not likely ever to be equalled