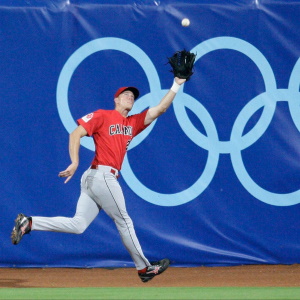 Japan, not unlike the U.S. where it’s considered the national pastime, loves baseball. And for this reason, the MLB gets to make its return to the Olympic stage later on this year in Tokyo.

The sport last made an appearance at the Games before 2005, during which year it was voted out of the Olympics for not enjoying a large enough global following.

Despite baseball’s national standing and acclaim in the U.S., with the sport having made itself even into the vocabulary of Americans, the country has won only one Olympic gold medal, in 2000. Bronze was won twice, in the years 1996 and 2008.

While the two other Olympic contenders, Medico and South Korea, have already secured qualifying berths for Tokyo 2020, team USA has yet to secure a place.

The team now has only two opportunities left to do so, with the first being the Americas Qualifier in Florida, beginning on Monday. Convinced of the team’s ability to qualify and make a worthy contender is MLB Chief Development Officer Tony Reagins.

Said Reagins during an interview earlier this week, team USA has some of the best players in the world on its roster, and as such, simply has to compete in Tokyo this year.

Even so, exactly how the U.S. has managed to arrive at this precarious position, while being ranked No. 2 in the world, highlights the big bag of competing interests involved in competing.

Perhaps most prominent a consideration is the MLB’s traditional seasonal conflict with the Summer Games. While baseball’s opening act at this year’s Olympic Games is set for July 28, this also happens to be a date at the very heart of the Major League Baseball season.

Significant to note also is the MLB’s want of having a no-adapt policy for Olympic interruptions. Unlike other major league sports, such as the NBA, NHL, and WNBA, the MLB doesn’t traditionally adjust its season so as to make way for Olympic participation.

Offering at least some relief in this regard was an agreement reached back in March last year between the MLB, the MLB Players’ Union, and the World Baseball Softball Confederation. It was agreed at the time that 40-man rosters would be allowed to compete in Olympic qualifiers and events. The problem, however, is that this agreement has now lapsed owing to the suspension of the 2020 season.

But despite some of the best players not being available for the 2020 Olympic Games this year, Reagins is determined about the fact that the US will still be sending a competitive team to Tokyo.

Or in the words of former Yankees second baseman Willie Randolph, not competing would quite frankly be nothing short of embarrassing.