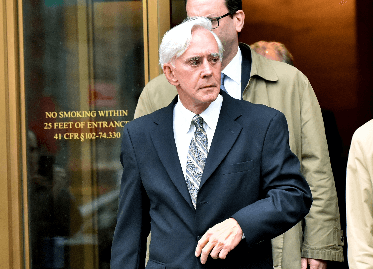 The latest sports betting news sees renowned sports gambler William ‘Billy’ Walters receiving a 5 year prison sentence after he was convicted in one of the US’s most notorious insider trading trials in April of 2016. The trial attracted a massive amount of attention from the public – one of the main reasons being that Walters had long been the associate of billionaire investor Carl Icahn, and champion golf player Phil Mickelson.

71-year-old Walters, often referred to as Billy, was convicted by Federal prosecutors for gaining over $43 millions’ worth of profits and avoiding $11 millions’ worth of losses between 2008 and 2014. US District Judge Kevin Castel served the sentence, which came along with a monetary fine of $10 million and one year of supervised probation.

Now that the jail sentence has been made official, Walters is required to surrender by October 10. The gambler is planning to appeal his sentence, according to various sources.

Back in April last year, William Walters faced counts of securities fraud, wire fraud and conspiracy, all of which he was convicted for. Furthermore, he was also accused of trading on insider intelligence with Dean Foods Co., with the information provided by the company’s ex-chairman Thomas Davis. Phil Mickelson and Carl Icahn were also suspected of involvement, although neither of them was convicted.

Federal prosecutors stated that Mickelson generated over $1 million after becoming a shareholder in Dean Foods in 2012, on Walters’ advice. He was not asked to testify against Walters, but the prosecution did hear Thomas Davis’ testimony on the matter.

The prosecution also revealed that Davis commonly offered tips over prepaid mobile phones, speaking in code with Walters with regard to Dean Foods. Prosecutors noted that Walters took advantage of the company secrets revealed by Davis by trading on them to generate profits for his own gain.

Judge Kevin Castel labelled Walters a criminal and a cheater, and also described the crime at hand as ‘amateurishly simple’. Furthermore, the judge rejected a defence request for the gambler’s 366-prison term, and will determine fines and compensations at a later date.

During Walters’ appeal, the judge also rejected his request to remain free on bail.

William Walters remained silent when given the chance to speak, but thanked Judge Castel for reading the materials submitted on his behalf. Joon H Kim, the acting Attorney for the Southern District of New York, also commented after the 5 year prison sentence was dealt, noting that generating millions of dollars in the stock market through fraud ultimately leads to federal penitentiary.