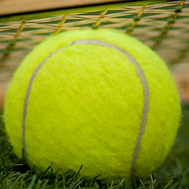 2021 saw the Wimbledon Championships getting cancelled for the first time in the Open era due to the global health crisis. But the All England Lawn Tennis Club hopes that fans will be back for this year’s event, currently scheduled to unfold over the months of June and July.

Organisers are taking in fewer spectators for the 2021 edition of the oldest Tennis tournament in the world due to ongoing restrictions. But the AELTC has let it be known that it intends to remain as open to change as it can due to the nature of current circumstances amidst ongoing health woes, and will take the British government’s lockdown roadmap as its guide. The club is committed to leaving decisions around public capacity as late as it can in order to ensure they can welcome as many guests as they can.

Players and their support teams as well as Tennis officials will be required to stay in a hotel officially set aside for the purpose rather than in private houses which has been customary until now. Chairman of the AELTC Chairman Ian Hewitt said that the promise of a return to normality is certainly on the horizon, but we’re simply not there yet. He added that, in light of this, his club has tried to find the right mix of certainty and flexibility in their planning.

The competition starts on the 28th of June and continues until the 11th of July.

The likelihood of requirements around social distancing means that there won’t be any chance for ticket sales. This means that the 2021 tournament will be without what has come to be one of the Wimbledon Championship’s defining views, long lines of people snaking around the grounds of the All England Club.

This queue has become a part of Wimbledon mythology, seeing fans nabbing spots by camping out at the show courts overnight and obscenely early on in the morning of the matches they’re interested in. Online ticket sales will be the order of the day instead.

And people lucky enough to secure a place in the draw by public ballot last year will be able to buy tickets for next year’s edition for the same day and court. There will be ballot at all this year. Instead, ticket sales will start in June and the public will not be able to resell whatever they end up purchasing.