Rugby fans across the Northern Hemisphere are getting ready to meet this year’s final champions in the Six Nations Championship. This year, the 2017 RBS Six Nations will be sponsored by the Royal Bank of Scotland in the 18th series of its kind.

The 2017 RBS Six Nations will be contested by 6 defending champions; England, Ireland, France, Italy, Wales and Scotland. Bearing in mind the championship’s previous titles, this will be its historical 123rd edition.

All About the RBS Six Nations 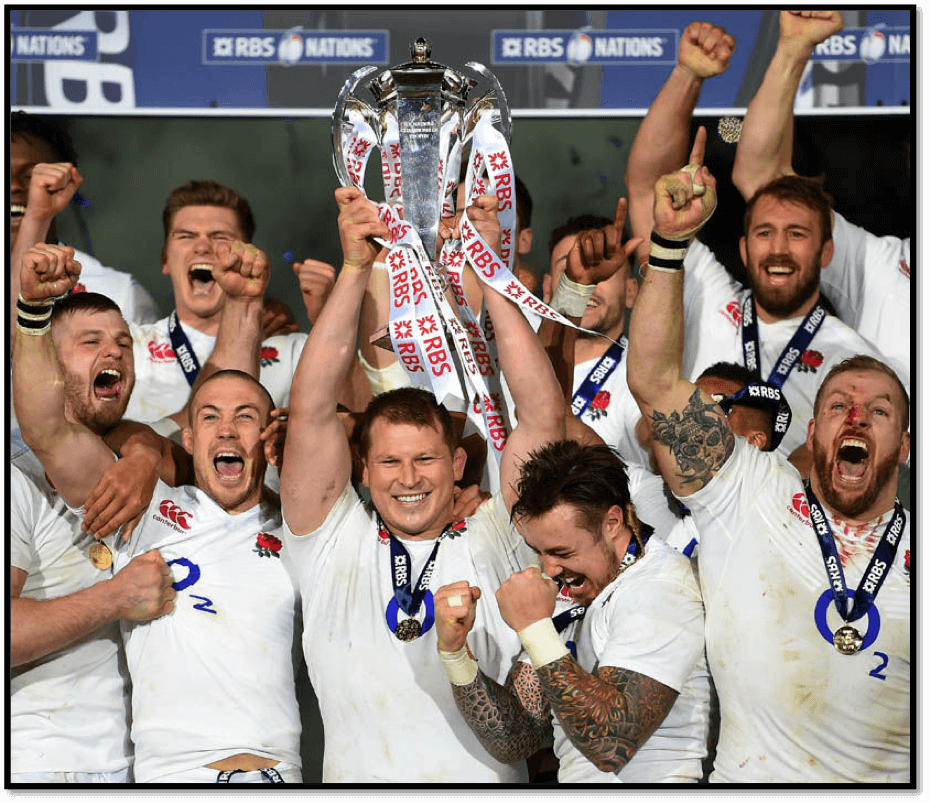 The RBS Six Nations is contested each season over the course of 7 weeks by 6 international teams. Each team will play the other five once per season for a total of 15 matches in the Championship. The unions that win each match will be awarded 4 or 5 Match Points, or 2 points in the case of a draw. The Championship always attracts plenty of attention not only from Rugby fans, but also from avid sports bettors who are offered plenty of opportunities to wager on the results.

Any union that wins all five of its matches will be awarded a Grand Slam and an additional 3 points – and if this team wins the Championship, they will be granted the title of that year’s Grand Slam winner. Then there is the Triple Crown title, which is won if any team from England, Ireland, Scotland or Wales beats all 3 of the other home unions.

Keeping an Eye on England

Taking a look back at the 2016 Six Nations Championship, it’s easy to see why spectators are expecting a tight competition this year. Last year, England was crowned the Grand Champions on March 13, winning the Grand Slam for the 13th time.

Based on 2016’s outright win, Eddie Jones’ team could have very promising odds for winning again this year. The 2017 tournament will also implement some new features, such as a first-time bonus point system to encourage try scoring and attacking play. Four points will be awarded for a win, and a bonus point is on offer for four or more tries.

Taking place over the course of 5 weeks, the first match in the 2017 RBS Six Nations will be played by Scotland vs. Ireland at Murrayfield Stadium on Saturday, February 4. The final matches will take place on Saturday, March 18, and see the battles of Scotland vs. Italy, France vs. Wales, and Ireland vs. England – the latter being the two teams with this year’s best winning odds.

Currently, the betting odds are in England’s favour, seeing as they took the Championship title last year. England’s odds stand at a promising 4/5 this year, with popular sports betting site Betway offering odds of 2.87 on the team being this year’s outright winner. Ireland and Wales are not far behind at 5/2 and 6/1, respectively.

Concerning the most valuable players in this year’s Championship, England’s Maro Itoje is no doubt high on the list as one of the key players in Eddie Jones’ team’s 2016 Grand Slam. Jones’ side has continued to claim major titles thanks to wins over Fiji, Australia and South Africa.

However, with Ireland beating New Zealand in a first time ever feat, England is expected to face some stiff competition in this year’s 2017 RBS Six Nations. The Six Nations tryscorers with top odds for this year include George North at 5/1, Johnny May at 7/1, and Anthony Watson at 8/1 and all eyes will be on them when the first whistle blows.