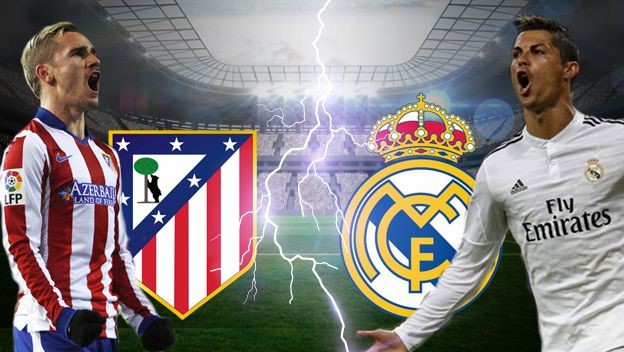 We’re getting closer and closer to the 3rd of June 2017, when the UEFA Champions League final will be held in Cardiff, Wales. The semi-finals are to be held on the 2nd and the 3rd of May, with return legs the following week.

It’s been an exciting road since the championship action first kicked off in June of 2016, and the anticipation to see who will raise the European Cup this year just keeps growing.

The trophy has already been delivered amid much fanfare to Cardiff’s Millennium Stadium, and the four teams going head to head for a spot in the final are Real Madrid and Atlético Madrid, and Monaco and Juventus.

History is repeating itself to an extent here as it was the same all-Spanish affair when these teams were pitted against each other in the Champions League final last year, and Zinedine Zidane’s men could be the first to retain the coveted European Cup.

Real Madrid is the top-ranked side out of the UEFA Clubs, and while 2016 was its most recent win, the team has actually won no less than 11 times. With a side that includes Cristiano Ronaldo, Gareth Bale, Sergio Ramos and other strong players and champions, they are the favourites to win the first leg of the semi-finals right now, with odds at around 17/20. These odds may change as the match draws closer, and leading online sportsbooks will be keeping tabs on any changes in line-up, injuries or other relevant events that may affect the game’s outcome or team’s performance.

Atlético Madrid is, of course, not a team to be dismissed either. They are currently fourth in the UEFA Club ranking and have won 7 of the 10 games they have played this season, just as Real Madrid has. Having had recent hard times, the European Cup is what they want more than anything in the world, which should mean that they play their hearts out for it. The match should be thrilling, and Atlético’s odds for 2 May are sitting around 100/30. Odds on a draw are at around 5/2.

Odds on the French side or the Italian side winning on 3 May are at 2/1 and 13/10 respectively, with a draw at odds of around 12/5. Monaco’s exciting attack and the young, fearless nature of the team will definitely make them a force to be reckoned with, even if they are only ranked 30th in the UEFA Club as opposed to 5th as Juventus is. With Gianluigi Buffon expected to retire soon and having not yet won the Champions League, however, Juventus is also going to be committed to giving this game everything they have.

Juventus has won 7 of its 10 games this season while Monaco has won 6, but the last time the Italians were in the final for the European Cup was 1996, while for the French team it was more recent in 2004. Having said that, it should be noted that Juventus won their final while Monaco was the runner-up.

The predictions for the winners and runner-ups of the Championship League final favour a Real Madrid winner and a Juventus runner-up most strongly, at around 3/1, and put Monaco and Atlético Madrid in first and second place as the least likely, with odds around 16/1. However, it all remains to be seen. Keep watching for all the latest developments to help you decide how to place your bets.