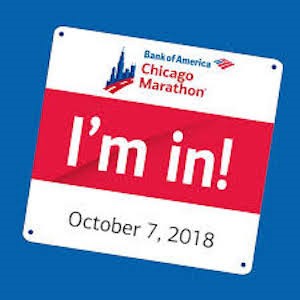 With online sports betting, the large number of available categories means that there is something for every type of enthusiasts. From Football, to Volleyball, Formula One to Darts, Cricket to eSports and just about everything in between, if there is a major event taking place, chances are you can bet on the outcome.

One of the most unique markets is marathon betting. As the name suggests, this is where you bet on major long-distance marathons. Unlike many other sports, this type of running is difficult to predict as each event is slightly different, and the athletes tend to go in and out of form from year to year. One of the largest and most prestigious races is the Chicago Marathon held in the United States.

History of the Race

The Chicago Marathon dates over a century when the first race was run in September 1905. The inaugural race started in Evanston and finished at the Washington Park race track. At the time, the race favourite was Louis Marks who held the lead for most of the race. In a dramatic turn of events, Rhud Metzner came from behind to steal victory in front of the 100 000 spectators packed into the stadium.

The success of the first race led to a successful string of annual events that ran into the 1920s. During the hardships of the 1920’s the race lost its appeal and only came back into popular culture in the 1960s when there was a revival of the heath concise movement in America. Since the 1960’s the race has been held every year with a revised loop course that starts and ends at Grant Park.

The current course winds through 29 of Chicago’s most famous neighbourhoods. The runners are supported by some 12000 volunteers with aid stations posted every couple of kilometres. The Chicago Marathon is officially the fourth largest race in terms of number of finishers and is one of six World Majors in addition to London, New York, Boston, Berlin and Tokyo.

The 2018 Chicago Marathon will get underway on the 7th of October 2018. This year marks the 41st edition of the race with the number of entrants restricted to 45 000. Only participants that complete the 26.2-mile race in 6.5 hours will receive timed status.

For anyone interested in putting money on the race, the two most popular wagers are the winning male athlete and the winning female athlete. For more information on markets and odds, we suggest the following bookmakers: Bodog, 888 Sport, William Hill, Betway Sports, Sports Betting and Spin Palace Sports.