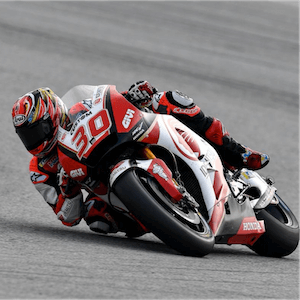 MotoGP or Grand Prix Motorcycle Racing is the highest class of motorcycle racing in the world. In bike terms, it is the two-wheel equivalent of Formula One, with only the top riders competing in the Championship. For sports betting enthusiasts, MotoGP offers plenty of action with 19 races taking place throughout the year.

For those who are new to the sport, the MotoGP Championship consists of 19 individual races held at track locations across the globe. As with Formula One, riders earn points depending on where they finish in a race. The winner receives the maximum of 25 points while 15th position receives just a single point. At the end of the season, the rider with the most points wins the Championship title. Points are also awarded to the team and manufacture.

So far in 2018 we have already seen the teams compete in 12 out of the 19 races with the British Motorcycle Grand Prix cancelled due to heavy rain. With just 7 races to go, riders and teams have little time to move up the points log. As it stands, Spanish rider Marc Márquez dominates the points table with a whopping 221 points. His 5 first-place finishes puts him 60 points ahead of his nearest rival Andrea Dovizioso. Riding for Honda, Márquez is having a stellar season, and unless something goes wrong in the upcoming races, he will repeat his triumphant series win of 2017.

One race that could prove to be a challenge for the riders is the Japanese Motorcycle Grand Prix. Officially known as the Motul Grand Prix of Japan, the race is scheduled to be held at the famous Twin Ring Motegi, so called for having two intertwining tracks on the same circuit.

Getting underway on the 21st of October, the Japanese MotoGP is considered to be one of the most technically difficult. Last year, Dovizioso was able to beat the Spaniard and claim top points. If he manages to repeat his win, he could close the gap on his rival and have a go at the Championship title.

For sports betting enthusiasts, the Japanese MotoGP offers plenty of opportunities. Wagers can be made on which rider will take pole position, the race winner, the top-3 placings, winning team and winning manufacturer. Prop bets can also be placed on if any rider will crash out, number of pit stops, and who will set the fastest lap.