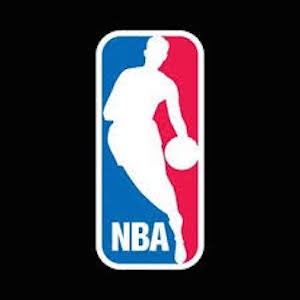 For many sports enthusiasts, basketball is the ultimate team sport. Combining fast-paced action with strategy and individual brilliance, it is no wonder it is one of the most popular online betting markets at all leading online bookmakers.

In the world of professional basketball, the National Basketball Association or NBA is the largest and most prestigious league in the world. While there are plenty of other leagues and tournaments happening around the world, the NBA is responsible for the majority of the betting action.

How the NBA Season Works

After 4 games, everything was square, with each of the 2 teams having won 2 games. After 6 games, there was still no way to separate the teams, as each had won 3 games apiece. It came down to the 7th and last game. For the Eastern Conference it was Cleveland Cavaliers who pipped their rivals, winning the 7th game by 87 points to 79. For the Western Conference it was the Golden State Warriors who triumphed over the Houston Rockets, winning by 101 points to 92.

The 2018 NBA Finals get underway on the 1st of June when the Warriors take on the Cavaliers in the first of 7 games. Last year, these same 2 teams met, with the Warriors defeated the Cavaliers 4-1 without having to play all 7 games. This year may be a different story as both teams have made changes to their sides.

For online betting purposes, the NBA finals offer plenty of action and if you are keen to get in on the action, you can get started at Spin Palace Sports, William Hill, 888 Sport, Betway Sports, SportsBetting.ag and Bodog.

As well as putting money on the NBA Champs, punters can place bets on the outcome of each one of the 7 games, whether all 7 will need to be played and the winning margin. Within each game, more betting options are available including over/under bets and prop bets such as which team will score the most 3-pointers, who will have the most rebounds and what will the score be at each quarter.