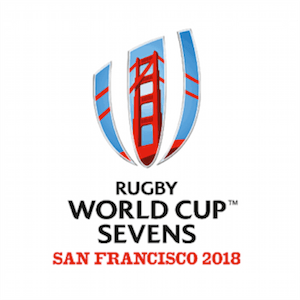 Sevens Rugby is one of the fastest growing contact sports. Most punters and sports fans will be familiar with it thanks to the annual HSBC Word Rugby Sevens Series that runs from December to August each year. Once every 4 years though, teams from around the globe come together to compete at the prestigious Rugby World Cup Sevens. Aside from the Olympics, it is the largest standalone rugby competition of its kind in the world.

First run in 1993, the World Cup is split into the men’s and women’s competition with teams from qualifying nations around the globe taking part. In the men’s tournament, the 8 quarterfinalists from the previous World Cup automatically qualify. The top-4 sides from last year’s Series join them, while the remaining 11 teams must qualify through regional competitions.

The 2018 Rugby World Cup Sevens will kick off on the 20th of July and run to the 22nd. The 3-day event will take place at the AT&T Park in San Francisco where spectators can catch the action live from the 42,000-seater stadium.

For punters in other parts of the world, online betting options are readily available. Some of the top-betting sites where you can place wagers on the games are William Hill, Spin Palace Sports, Sportsbetting.ag, Bodog, 888 Sport and Betway Sports.

To date, there have only been 6 World Cup tournaments with New Zealand being the previous winners in both the men’s and the woman’s events. Based on this year’s HSBC Sevens Tournament, Fiji is the side to beat, while South Africa are looking for their first win.

What Are the Betting Options

The Rugby World Cup Sevens provides plenty of online wagering opportunities for anyone keen to get involved. The most popular bet is the outright tournament bet. This involves predicting which team will be crowned champions in the men’s and women’s event.

Bets can also be placed on each individual games with match bets and head to head bets. Other options include round betting or prop bets such as predicting the exact score of a match, who will score the most points, how many tries will be scored in the game or if the match will be a draw.