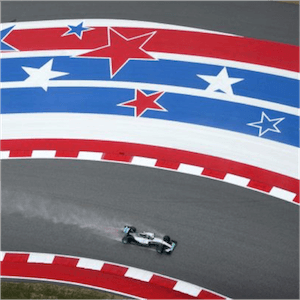 Formula 1 is regarded as the largest and most watched motor sport in the world. It is no wonder then that it is one of the largest online betting sports, with thousands of bettors placing wagers on every race. We are currently two-thirds of the way through the 2018 season and already there has been plenty of action and drama to talk about.

Of the 14 Grand Prix races that have taken place this year, there has only been one race that was not won by either Lewis Hamilton or Sebastian Vettel. While some people think it was due to luck, in May this year, Australian Daniel Ricciardo took the chequered flag in Monaco, racking up another title to his burgeoning career.

There are just 7 races to go and if we take a look at the Drivers standing, it really is a two-horse race. Unsurprisingly, Lewis Hamilton holds top spot with 256 points while Sebastian Vettel is just 30 points behind on 226. The way the two seem to swap race wins is almost comical but will certainly become interesting as well wrap up the season.

The Circuit of the Americas

One race that could be a defining factor is the United States Grand Prix. Held at the Circuit of the Americas, the US Grand Prix was first run in 2012 and combines some of the best straights with tight corners and plenty of space to overtake. Turn 3 and 6 will feel familiar to the drivers as it mimics famous S Curves at Suzuka. Then there is turn 12 through to 15 that looks surprisingly similar to Hockenheim’s stadium section.

56 laps await the drivers with a total distance of just over 308km. The lap record for the Austin-based track was set by Sebastian Vettel last year which incidentally was set during the race and not at qualifying. Lewis Hamilton took the honours in qualifying and held his lead to beat his rival once again.

This year, the 2018 US Grand Prix will get underway on the 19th of October and conclude on the 21st. The venue will be the Circuit of Americas in Austin, which will suit both Hamilton and Vettel. Unless something goes wrong on the track, we can expect one of the two to bank the driver’s points.

For anyone wanting to bet on the action, popular wagers include pole position, race winner, fastest lap, top-3 placings and winning manufacturer. If you are looking for the best odds and the widest selection of markets, check out these top sites: Spin Palace Sports, Sports Betting, Bodog, William Hill, Betway Sports and 888 Sport.