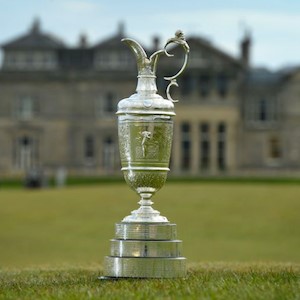 For golf and sports fans nothing beats the action and intensity of a Major Championship. Coming up in July is one of the oldest and arguably one of the most prestigious Majors in the form of the British Open. Officially known as the Open Championship, this is the highlight of the golfing calendar and a chance for players to get their hands on the Claret Jug and a share of the $10.5 million prize pool. This will be the first year the tournament is played in July, and it officially wraps up the Majors for the season. Here is what you need to know if you want to bet on the action.

The British Open was first played in 1860 at Prestwick Golf Club in Scotland. The inaugural event attracted just 8 professional players and a handful of spectators. 159 years later, the Open Championship has a capped field of 156 players and is one of the biggest golfing tournaments in the world. In order to gain entry into the tournament, players compete in a qualification tournament although most players gain automatic qualification through previous events.

Players who qualify for the Open include the winners of any of last year’s Majors, the past 5 winners of the Open Championship, the top 50 players in the World Golf Rankings and the 30 players at the top of the leader board on the Race to Dubai.

The 2019 British Open will get underway on the 18th of July and run through to the 21st. This year, the venue for the prestigious event will be the Royal Portrush Golf Club in County Antrim, Northern Ireland. The last time the course hosted the British Open was back in 1951. The format remains the same as previous years with 156 players all playing 18 holes a day for four days. After 36 holes, the top 70-point leaders move on to the second round while the lower half are cut from the tournament.

If there is a tie, a four-hole aggregate is played. If the players are still tied after the four holes, the tournament moves to sudden death. Last year, Italian Francesco Molinari carded an impressive final round of 69 to become the first Italian to win the British Open.

If you want to find out more about the available betting odds and the updated markets, you can find all you need at Royal Panda, BetRegal and Spin Sports.