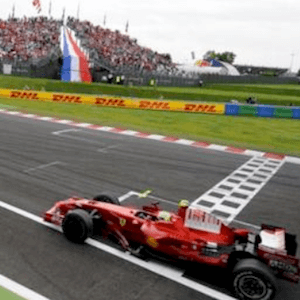 For motorsport fans, Formula 1 racing is as good as it gets. The high-octane action and on-track drama makes it extremely fun to watch and ideal for betting on the outcome. Coming up at the end of June is the French Grand Prix, which is certainly one of the highlights of F1 calendar. The popular track offers great overtaking spaces and plenty of room to unleash full horsepower of the F1 cars.

The 2019 French Grand Prix main race will get underway on the 23rd of June. As per previous years, the event will be held at the Circuit Paul Ricard in Le Castellet. The track was first built in 1969 with input from iconic French drivers Jean-Pierre Beltoise and Henri Pescarolo. Three years later it hosted its first F1 Championship race, which was subsequently won by racing legend Jackie Stewart.

Today the track is used as a popular testing ground thanks to its fair weather and diverse racing conditions. It is one of the few tracks with plenty of long straights, making it ideal for overtaking and pushing the cars to their limits.

What to Expect in France?

As per usual, there was a lot of chopping and changing during the race, but Hamilton held on to take the chequered flag with Max Verstappen in second and Kimi Raikkonen in third. This year we can expect Hamilton and Bottas to set fast qualifying times as they have been in good shape since the start of the season.

If you are interested in putting money on this year’s main race, you can start off with an outright bet on the winning driver or the winning constructor. If you want to get a bit more technical with your betting markets, you can try predicting the top 3 finishers, which driver will take pole position or which driver will set the fastest lap during the main race.

Ready to bet? Head over to Mr Green Sports, 22Bet or Dafabet where you’ll find the best F1 odds and markets online.