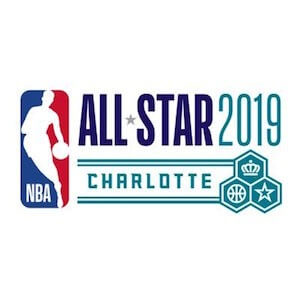 If there is one thing basketball fans enjoy more than an NBA match, it is the much-anticipated All-Star Game that takes place every February. The All-Star game may be an exhibition match and not count towards the season points, but it is designed to be a spectacle of talent on a scale that you rarely see during the regular season. Neatly slotted half-way through the season, the All-Star game gives fans a chance to see the Best Of The Best go head to head in a match that is all about style, big air and plenty of points.

History of the Event

The Origins of the All-Star Game date back to 1950 when the idea was proposed by the NBA president to try and boost the public support for the league. From 1950 through to 2017, the two teams were split into the two main conferences, namely the East and West. Teams would be comprised of players voted for by fans and other team mates.

In October 2017, the NBA announced a major change to the All-Star Game format. Instead of having a Western and Eastern Conference team, the two teams would be chosen by the two players or Captains who earned the most votes. Thus, teams could be made up of any player from any Conference. The inaugural mixed team event was played last year with team Lebron taking on Team Stephen at the Staples Centre in Los Angeles.

The 2019 NBA All-Star Game will take place on the 17th of February at the Spectrum Centre in Charlotte, North Carolina. The voting is still in progress to determine the two captains who will pick their sides for the exhibition match. The public vote counts for 50% while the coaches and players contribute to the remaining 50% of the vote. Sticking to the no-conference format, the teams will be comprised of players from both conferences, ensuring the most spectacular game possible.

All top-rated bookmakers will offer plenty of markets for the All-Star Game. The most popular bets include the All-Star MVP and winning team. Other betting options include over/under, winning margin, total number of three pointers, first team to score, first player to score a three pointer, best offensive stats and best defensive stats.

To find out more about the markets and available betting odds, check out William Hill, Betway Sports, Bodog and Spin Palace Sports.