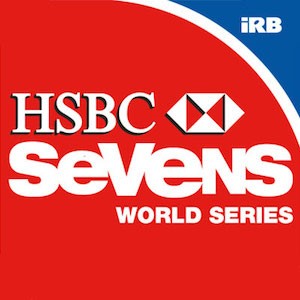 Sevens Rugby is rapidly becoming one of the most popular online betting sports in the country. The fast-paced nature of the sport and the fact that an entire tournament can be held in two days makes it ideal for both spectators and bettors alike. In the world of sevens Rugby, the HSBC Sevens Series is the premier tournament on the sporting calendar. The series was first held in 1999 and consist of 10 individual tournaments held in locations around the world.

About the HSBC Seven Series

This year, there are 16 teams participating in the Seven Series, including New Zealand, South Africa, USA, Australia, Fiji and England who have all done well in previous years. Starting in October each year, the series runs to June with all teams playing at each location. Points are awarded for placings with first place earning 22 points, second, 19 points and third place 15 points. At the end of the season, the team with the most points is crowned the World Series Champs.

Dates and Details for Australian Sevens

The 2018/2019 season kicked off in October last year with all the teams traveling to Dubai for their first clash. New Zealand were in top form at the start of the season and claimed the maximum points while the USA took second spot and England third. The series then moved to Cape Town South Africa where Fiji got back to their winning ways while USA finished in second yet again. South Africa claimed third spot in their quest to defend their 2018 series title.

After heading to Hamilton in New Zealand at the end of January, the series will move on to Sydney for the Australian leg. Traditionally, the Australian Sevens tournament has been a fierce battle with the home side gaining momentum from the home crowd while New Zealand have their own fan base. The event will kick off on the 2nd of February and run to the 3rd.

Betting on the 2019 Australian Sevens tournament can be both fun and rewarding. The most popular bet is the outright winner or the team that take the most points at the tournament. Last year it was the home team that took the win while South Africa took second spot. Bets can also be place on every single game in the tournament with straight match bets or prop bets such as half-time betting, over under and total number of tries. If you want more information on the betting markets and competitive odds, check out top-rated bookmakers William Hill, Bodog, Betway Sports, Spin Palace Sports and 888 Sports.