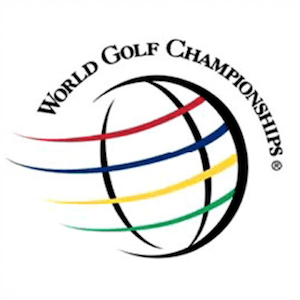 In the world of professional golf, the World Golf Championships (WGC) are certainly a highlight of the year’s sporting events. Created in 1999 by the International Federation of PGA Tours, the WGC consists of four Major tournaments that take place throughout the year. These include the Mexico Championship, the Dell Match Play, the Bridgestone Invitational and the HSBC Champions. All four tournaments are official money events of the PGA Tour, European Tour, and the Japan Golf Tour,

About the Mexico Championship

The first and arguably the most important WGC tournament of the year is the Mexico Championship. For the first eight years, the tournament was held in various locations around the US and Europe. In 2007, it moved to a more permanent home at Trump National Doral Resort in Florida. In December 2015, the PGA looked to move the event due to comments made by Trump during his presidential campaign. In 2017, the event moved to Club de Golf Chapultepec in Naucalpan just outside of Mexico City. The successful running of the 2017 tournament let to a return in 2018 and now again in 2019.

Dates and Details for the Event

The 2019 WGC-Mexico Championship will get underway on the 21st of February and run to the 24th. The Club de Chapultepec will be hosting again which is a par 71 with great rolling fairways and pristine greens. The field for the Mexico Championship consists of the top players of the Official Golf Ranking as well as the top money list players from the six main professional golf tours. This year, we can expect to see a few of the past champions return including Tiger Woods, Dustin Johnson, Phil Mickelson, Patrick Reed and Justin Rose. Last year, Phil Mickelson competed in playoff with fellow American Justin Thomas. It was Mickelson who eventually won by a single stroke and took the winner’s purse of $1.7 million.

For anyone keen on betting on the event, the most popular bet is the outright winner. This simply involves predicting which golfer will win the tournament outright. Other betting options include which golfers would make the cut on each day, the winning stroke margin, if a hole in one will be scored and if a playoff will be needed.

To find out more about the betting markets and the event, check out Spin Palace Sports, Betway Sports, Sports betting, Bodog, William Hill or 888 Sports.