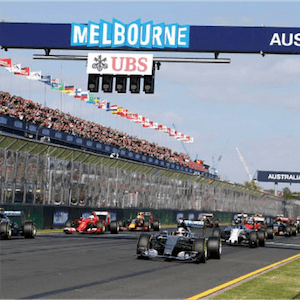 In the world of motorsport, Formula One reigns supreme. Officially recognised as the highest class of motor racing on the planet, F1 has the fastest cars, the best drivers and the biggest races in the sport.

It is no wonder that an F1 Grand Prix can attract thousands of visitors to the track, while millions of sports fans tune in to catch the action via broadcast or live stream. Formula One is also one of the best sports for online betting. with multiple wagering opportunities on the overall season and each race. Coming up in March is the first race of the 2019 season in the form of the Australian Grand Prix.

Since the conclusion of the 2018 F1 season in December, punters and motorsport fans have been eagerly awaiting the arrival of the first race for 2019. While the cars have had a few upgrades, most of the changes in 2019 can be seen in the driver’s seats. While Lewis Hamilton happily takes his place for Mercedes, Ferrari will gain former Sauber driver Charles Leclerc to assist Sebastian Vettel. As for Kimi Raikkonen, he will be heading over to Alfa Romeo, while Daniel Ricciardo starts his new career with Renault. These are just some of the changes for teams and drivers that will make the 2019 season far more interesting.

The 2019 Australian Grand Prix main race will take place on the 17th of March in Melbourne. The first time the track hosted a Main F1 race was back in 1996. Since then it has come to be known as one of the fastest, yet most technical tracks on the circuit. Due to the bumpiness of the surface and the slippery corners, the cars require a reactive front end. Last year it was Lewis Hamilton who took the honours in Australia, clocking a pole lap average of around 235km per hour.

The most popular bet on the Australian Grand Prix is the race winner, which simply requires predicting which driver will win. Bets can also be placed on the winning constructor or team. There are plenty of other prop bets for F1 fans, such as who will set the fastest lap, who will take pole position, if all the cars will complete the race and if the safety car will be brought out. To find out more about the betting options, Betway Sports, Sports Betting and Bodog has everything you need.