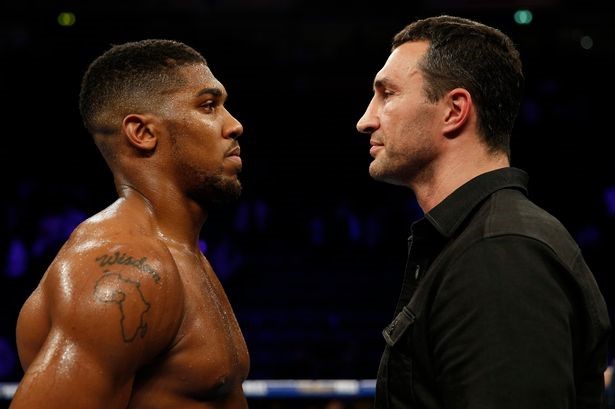 Wembley Stadium in London is known as the national home of football, but on the 29th of April this year it will host the showdown for the International Boxing Federation’s Heavyweight World Title. Defending champion Anthony Joshua is facing off against Wladimir Klitschko, creating a buzz in the boxing and betting worlds.

The 29th of April fight is only the second boxing match to ever be held on Wembley’s hallowed football grounds, which is a good reflection of just how important this fight is considered to be. The first was when George Groves lost out to Carl Froch in their 2014 rematch. With April’s match described as the biggest heavyweight-boxing bout in recent history, Wembley seems like a fitting location.

Englishman Anthony Joshua won gold at the 2012 Olympics and then went pro, so of the two fighters he is the relative newcomer. In fact, he attended a training camp run by Klitschko in 2014, something that the Ukrainian does not seem to be too bothered by. Klitschko has commented that his camps would have helped to make Joshua as strong as possible, but he still feels confident he will beat his former student.

Joshua has won all of the 18 tournaments he has competed in since turning professional, and is defending this belt for the second time in a row. He has said that he feels it is time to establish a new legacy in boxing, with a new guard of champions being ushered in, and a win for him would help to do so. 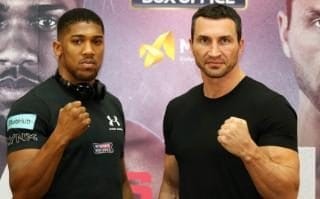 Wladimir Klitschko is, like Joshua, an Olympian, but he has had a much longer career. At 41, he is 14 years older than Joshua and has won 64 of his impressive career’s 68 fights. His Wembley appearance will be his first fight since 2015, when he lost the same title to Briton Tyson Fury. He was reportedly determined to win against Fury in a rematch, but the Englishman was deemed medically unfit to fight. Fury eventually had to give up his belt to mandatory challenger Charles Martin, who became the first boxer to lose the title to Joshua.

Now, in going against Joshua for the Heavyweight World Champion title things seem to have come full circle for Klitschko, and the Ukrainian seems more than ready for it. He has described how he had become complacent after his many years of success, and has said that his loss to Fury woke him up and forced him to regain his focus. As much as Joshua is looking to establish a new legacy, Klitschko is committed to maintaining the one he began years ago.

Although the young Turk and the seasoned lion are both very strong competitors, Joshua is the current favourite to win. As the fight draws nearer the odds may change slightly, and punters are advised to keep an eye on leading online sportsbooks for any shifts in favour. At the moment the odds sit between 4/9 and 4/6 for a Joshua win, 13/8 and 6/5 for a Klitschko win, and 33/1 for a draw.

Promise of a Good Fight

Joshua has commented that Klitschko has attempted to get under his skin by referring to him as Little Bro, but has said he steadfastly shakes such comments off. Klitschko, meanwhile, has made statements that affirm his admiration of Joshua’s natural talents.

With so much tension and skill in the air, the fight should keep fans glued to their seats. The other matches on the bill promise to be exciting too, and the entire event is expected to be a huge success, although no other bout could really come close to the level of anticipation that Joshua vs. Klitschko has generated.