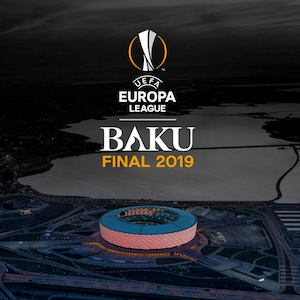 While there are many football tournaments worth betting on, the Europa League is certainly one of the most entertaining. The 2018/2019 season is wrapping up with the quarter-final legs coming up in the next few weeks. The top 4 teams will then move on to the semi-final, which will be played in early May followed by the Final which will take place on the 29th of May. For football enthusiasts and sports bettors, this is a great opportunity to get in on the betting action.

The UEFA Europa League is a second-tier club competition in European football, ranking underneath the UEFA Champion’s League. Despite its slightly lower status, it still attracts plenty of attention with dedicated fans tuning in to every game. The tournament is open to all qualifying English and European clubs. Teams qualify for the tournament based on their performance in their national Cup or League competitions.

After a qualifying round, more than 50 teams compete in a group stage and knockout rounds. After the Group Stage, the round of 32 begins which then leads to the round of 16 before the finals. The quarter finals see the final teams play their randomly chosen opponent once at home and once away. The top four then compete in the semi-finals and the top two head to the finals and a shot at the trophy.

Current Standings and Predictions for the Final

Last year, Atletico Madrid defeated Marseille in the finals to claim their third title. This year, neither team made it through the group stages. Chelsea are the current favourites thanks to their improved performance over the last few months. The current predictions are as follows:

The UEFA Europa Cup Final will take place on the 29th of May at the Baku Olympic Stadium in Azerbaijan. If you are keen on putting money on the tournament, Sports Betting, Bodog, William Hill, 888 Sports, Betway Sports and Spin Sports offer great odds.

The most popular bet is the outright winner, or the team to lift the trophy. The game will also provide plenty of prop bets, such as the first team to score, total number of goals, half time betting, yellow or red card awarded, and if there will be a penalty shootout.