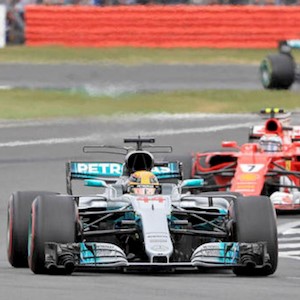 We are almost halfway through the Formula 1 season, with some of the biggest races still to come. Towards the middle of July the series moves to Northamptonshire in England for the iconic British Grand Prix at the Silverstone track.

Last year, Lewis Hamilton secured pole position at Silverstone, but it was Sebastian Vettel who finished first on the podium after clocking the fastest lap in the race. For sports betting fans, the upcoming race is the ideal event to get in on the betting action. Get your bets in on the 14th of July and see if you can back a winner!

A Track with a Prestigious History

Silverstone is the oldest Formula 1 track in the world, and the first to host an official Formula 1 Grand Prix. The track came about in 1942 when it was laid as a perimeter road for the RAF Silverstone Airfield. By 1947 it had been turned into a racetrack, and is now one of the most iconic circuits in the world.

The track itself is 5.891km long with 18 turns and a lap record of 1:30.621. The man who set the record was none other than Lewis Hamilton back in 2017. The track is so fast that in 2018 Hamilton compared racing around it to flying a fighter jet. Indeed, it is one of the fastest tracks on the F1 calendar and always provides nail-bighting action from start to finish. Will Hamilton continue his winning streak at Silverstone or will Vettel repeat his 2018 winning performance?

Formula 1 Grand Prix betting can be as simple or as complicated as you prefer. There are plenty of outright and moneyline bets for novices and loads of prop bets for serious Formula 1 fans.

The most popular bet is predicting the race winner or more specifically the winning driver. It is also possible to predict the winning constructor although the odds are similar to driver category.

If you are looking for better odds, you may want to check out the prop markets. These involve predicting specific race details and statistics that occur during the race. The two to start with include predicting the driver start the race in pole position and who will set the fastest lap in the main race. Other prop markets include predicting if any of the drivers will crash out and the exact top-3 finishing order.

You can find updated odds and information on all the race markets at BetRegal, DafaBet and Royal Panda Sports.