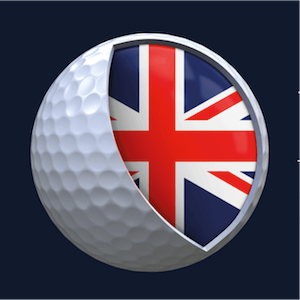 Golf has become one of the most popular betting sports in the world, with thousands of punters putting money on every tournament. While there is plenty of golf action taking place throughout the year, the European Tour offers some of the most exciting betting opportunities and sporting action. Coming up in November is the 2018 British Masters Tournament, where some of the best players show off their skills.

The History of the British Masters

First held in 1946, the Masters came about as a continuation of the Dunlop-Metropolitan tournament, which was a highlight of the golfing calendar before World War II. When it returned, it was named the Dunlop Masters, and consisted of a 72-hole course with a restricted field.

By 1972, the Dunlop Masters became part of the European Tour and by the mid 80’s it was one of the most lucrative events on the tour, with the third highest prize money. In recent years, it has retained it prestigious status, although the prize money has dropped significantly in line with other events.

Due to a lack of sponsorship, the tournament disappeared altogether in 2009, but returned in 2015 with a new host and a new sponsorship deal. Since 2015, world-class golfers have been sponsoring the event to attract a wider and more experienced field. Last year, Lee Westwood hosted the tournament at the Close House Golf Club in the UK, and it was won by Paul Dunne from Ireland. He was able to hold off fellow Irishman Rory Mcllroy to win by two strokes.

The 2018 British Masters gets underway on the 11th of October and runs till the 14th. Olympic Champion Justin Rose will be hosting the event, which will be held at the famous Walton Heath Golf Course that hosted five editions of the European tour between 1978 and 1991.

For those who are keen on getting in on the betting action, there are a number of top-rated sites where you can find the best odds and a full range of markets for this tournament. Betway Sports is a good place to start, along with William Hill, Bodog, 888 Sport and Spin Palace Sports.

The most popular wager placed on the Masters is the outright winner or tournament winner. This simply involves predicting which Golfer will win the trophy. There are plenty of other markets for each day and round. You can place bets on who will make the cut in each round, if someone will hit a hole in one, who will be the top three qualifiers, the winning margin and if there will be a playoff.