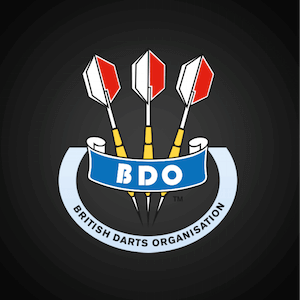 Darts may not be one of the most physical of sports, but it does require plenty of skill, concentration strategy and stamina. It also happens to be one of the more popular markets at all online betting sites. In the world of professional darts, one of the largest and most prestigious tournaments is the BDO World Darts Championship. First run in 1978, the World Darts Championships was originally held alongside the World Cup of Darts, these being the premier events in the sport.

The event is organised by the British Darts Association (BDO) and attracts the best players from around the globe. The World Champs is an annual event that has been held successfully each year since 1978. In the earlier years, the event moved cities but since 1986, it has been held at the Lakeside Country Club in Frimley Green, Surrey. In 1994, a dispute in the professional darts community caused a breakaway group to form called the Professional Darts Corporation (PDC) who hold their own World Champs late in the year.

Details about the Event

The 2019 BDO World Darts Championship will get underway on the 5th of January and run to the 13th. This will be the 42nd staging of the event and the 34th time it will be held at the Lakeside Country Club. In 2018, the men’s event was won by England’s Glen Durant who snatched his second consecutive title, beating out fellow Brit Mark McGeeney in the finals.

In 2001, the women’s event was introduced and has been just as exciting for viewers and online bettors. The 2018 winner of the women’s event was Lisa Ashton who also picked up her second consecutive title, a feat which she had performed two years prior when she won the title in 2014 and 2015.

The online betting options for the World Champs can be as basic or as intricate as you wish to make it. Tournament betting is a popular option where you can predict the overall winner of the men’s event and the women’s event. Popular tournament bets also include round winners and which competitors will make it to the finals.

Bookmakers will also offer a full range of markets on each and every match. As well as predicting the match winner, markets may include the 9-dart Finish, first player to make 180, player to make the most 180’s and the player with the highest 3-dart average.