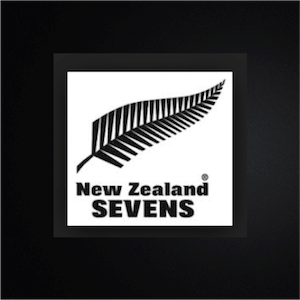 Seven Rugby is fast becoming the most popular variation of the sport. Played with just 7 players per side and 7 minutes per half, the game is an all-out explosion of rugby action, highlighting the importance of accurate passing, tackling and kicking. One small slip can see a team lose an entire match. In the world of Sevens Rugby, the HSBC World Sevens Series is the largest and most prestigious tournament in the sport.

First run in 1999, the World Seven Series is an annual series that consists of 10 international Sevens Tournaments held at different locations around the world. 15 teams compete throughout the season with points allocated for placing’s at each event. The team with the most points at the end of the season is crowned the Sevens World Champions.

The 2018/2019 season kicked off with the Dubai Sevens in November 2018. New Zealand started their campaign with their first win of the season, while the USA picked up Silver, and England Bronze. The series then moved to Cape Town, South Africa, where Fiji won their first tournament, hoping to make up for almost winning the previous season. USA picked up Silver again, while South Africa took the Bronze.

The series next moves to Hamilton in New Zealand where the 2019 New Zealand Sevens will get underway on the 26th of January. This will be a defining tournament as all the teams have had the chance to suss out their opponents and work on their tactics. The USA lead the point standing on 38 points, while New Zealand are close behind on 38. Playing at home in Hamilton may be just what the New Zealand side need to win another gold.

For anyone interested in putting money on the event, the New Zealand Sevens tournament has plenty of betting opportunities. The most popular bet is the outright winner, which is the team to win the tournament and take the most points in Hamilton. Other betting options may also include predicting which teams will place in the top 3 and which teams will make it to the finals.

Each match also provides plenty of markets for more advanced bets. As well as predicting the match winner, wagers can be placed on the first team to score, Asian handicap, number of tries, player to score first, team to score last and red/yellow cards.