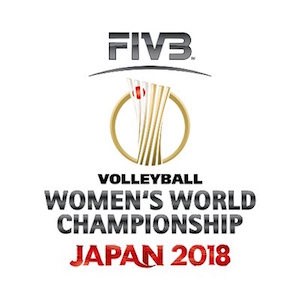 Volleyball is one of the few team sports that are as enjoyable to watch, as it is to bet on the outcome. As such, it has become one of the more popular sports at all top online bookmakers.

Aside from the summer Olympics, one event that attracts a lot of attention is the Fédération Internationale de Volleyball (FIVB) World Women’s Volleyball Championship. Held every 4 years, the Championship dates back to 1952 when the first international event was hosted by the Soviet Union.

When Volleyball was introduced into the Olympics in 1964, the tournament was shifted forward two years to allow teams a two-year gap between competitions. The event is open to all women’s national teams FIVB members. The current format of the competition allows for just 24 national teams to compete in Championship phase that is dubbed the “World Championship Finals”

Teams earn their spot at the finals by competing in qualification phases in the three years leading up to the event. Only the top teams with the best winning statistics qualify along with the host nation who gains automatic qualification.

The setup for the tournament is similar to the Soccer World Cup in that teams are initially split into pools and play each pool opponent once in the pool phase. The two teams with the most points in each pool then progress to the quarterfinals, the semi-finals and the finals. The previous tournament took place in Italy in 2014. The United States claimed their first title at the tournament, beating China by 3 games to 1 in the finals.

The 2018 World Women’s Volleyball Championship will get underway on the 29th of September and run to the 20th of October. Japan will play host again with the final 6 being played in the city of Yokohama. The most successful team at the World Championship is Russia who has 4 titles to their name as well as two 2nd place and four 3rd place results. Japan is second on the list with three titles and three 2nd place finishes.

For those who are interested in betting on the tournament, the most popular wager is the outright winner. This is a straight up bet on the team that will win the tournament outright, as well as predicting who will take second and third place.

During the tournament itself, match bets can be place on every single game. Wagers can also be placed on which teams will top their pool and who will progress to the next round. To find out what markets are available, check out Bodog, Spin Palace Sports, 888 Sport, William Hill and Betway Sports.