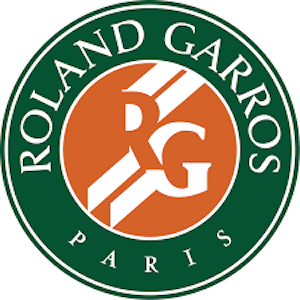 For many sports fans, tennis is the ideal spectator sport. The emotional mental and physical battle on court sees players relinquish and regain control of the match at each turn. Thanks to its popularity, tennis has become one of the most prominent betting sports with thousands of punters betting on each match and tournament. In the world of professional tennis, the Grand Slams are the pinnacle of the sport. Coming up in May is the second Grand Slam of the season, in the form of the French Open.

The French Open, otherwise known as Roland Garros follows on from the Australian Open, and will lead on to Wimbledon and the US Open. Taking its name from a famous French Aviator, Roland Garros is the only Grand Slam event to be held on clay courts. Due to the way the tournament is set up, the event is often considered to be the most demanding of all the tennis tournaments.

Compared to grass and hard courts, clay courts slow down the ball significantly and produce a high bounce. What this means is that the court takes away any advantages of the big servers in the game. Players who rely on a massive first serve or a serve-and-volley tend to lose their advantage at the French Open.

The Origins of Roland Garros

The French Open dates back to 1891 when it was first played at the French Championships. A few years later in 1897, the first woman’s French Championships were held while the mixed doubles was added in 1902. Up until 1924, the tournament was only open to French club members. In 1925, this changed to include all armatures and professionals from all countries around the world.

By 1928, the French Championships became a designated Major Championship and moved to its current home location at the Stade Roland Garros. The French Open is regarded as having the slowest playing surface of all the Grand Slams. It also has a best-of-five singles setup with no tiebreak in the final set.

In the 2017 men’s tournament, Rafael Nadal claimed his 10th French Open title, defeating Stan Warwinka in the finals. In the women’s competition, Jeļena Ostapenko defeated Simona Halep, becoming the first Latvian player to win a Grand Slam. Kicking off on the 27th of May, the French Open will run to the 10th of June with the Women’s final played on the 9th of June.

This year, Rafael Nadal is back to defend his title. Since Roger Federer has pulled out of clay courts for the season, Nadal has the opportunity to claim his 11th win and take back the number 1 ranking. In the woman’s competition, Simona Halep will come in ranked as number 1 and will be looking to take her first win for the year after losing to Caroline Wozniacki in the Australian Open. Serena Williams will also be playing her first Grand Slam since the 2017 Australian Open.

If you are keen to get started betting online, you can get wagering at Paddy Power, Winner Sports, 888 Sport, William Hill, Betway Sports and Titan Bet.